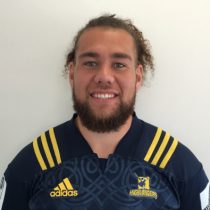 A powerful tighthead who has been a driving force in the Waikato squad that gained promotion to the 2019 Premiership of the Mitre 10 Cup a season after getting relegated.

He made his debut for Waikato against King Country in 2016 and has gone on to represent the Province 20 times.

Following the conclusion of the 2018 season he signed for the Highlanders for the 2019 Super Rugby season.

He is young, hungry and not afraid of hard work and will be an important part of a young core of Highlanders playerts in 2020.

Ahead of the 2020 Super Rugby season, Iosefa-Scott was again selected for the Highlanders squad.

In May 2021, Iosefa-Scott joined the Exeter Chiefs from Waikato.

He arrived at the club earlier than expected in a bid to get himself up and running ahead of the 2021/22 season.