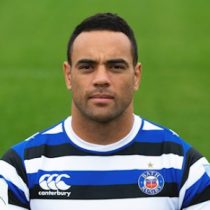 Fotuali'i made his try-scoring, match-winning debut for Samoa in 2010 against Japan and has gone on to represent his nation a further 27 times to date, most recently at the 2015 Rugby World Cup.

Kahn Fotuali'i joined Bath Rugby from Northampton Saints ahead of the 2016/17 season.

A consistent, skilful half-back, Fotuali’i is dynamic around the field, and a clever manager of the game. He has a huge wealth of experience to call on, having previously represented the Crusaders, Ospreys and Northampton Saints.

He was contracted to Montpellier in 2019.