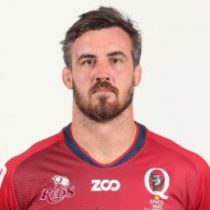 Kane hails from Yamba on the Far North Coast of New South Wales, where he went to Yamba Public School and Maclean High School. He began his rugby career at 15, when he joined the Yamba Buccaneers Under-15 – Under-17 Academy for rugby union.

He quickly developed into a dominant physical presence, representing his state at Under-17 level and playing for the Australian Under-20s team in Japan in 2009.

He joined the NSW Academy in 2008 and forced his way into the Super 14 squad in 2010 after some sparkling form during the trials. Douglas made his Waratahs’ debut from the bench against the Queensland Reds in round one, before making his starting debut the following week at Newlands.

He has represented Australian Barbarians and was selected in the 2010 Wallabies Spring Tour training squad.

Douglas has scored 10 points in 79 Super Rugby appearances since his debut for the Waratahs in 2010.

In March 2018, Douglas announced he would be joining French Top 14 side Bordeaux at the end of the Super Rugby season.

Douglas was a key figure in the Reds pack in his final season with the side, featuring in 15 of the side's 16 games.