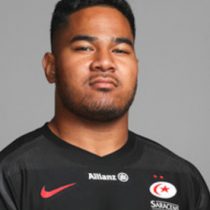 Kapeli, who was born in Tonga, represented England Under-18s before being named in the roster for the USA Selects ahead of the 2018 Americas Pacific Challenge.

He made his debut for the Legion on January, 2019, appearing as a substitute and playing at prop, in a 25–23 defeat to Rugby United New York.