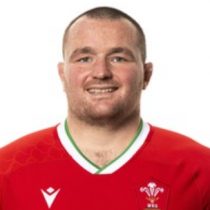 A steady throwing hooker with the ability to pop up with spectacular tries, Owens began his career at one of the Scarlets subsidiary clubs, Carmarthen Athletic RFC.

Owens’ good performances for Carmarthen and UWIC, where he played during his university studies propelled him into the Scarlets first team- where he made his debut against the Glasgow Warriors in the 2005-2006 Magners League season.

He was afforded much more game time during the 2009-2010 season as the Scarlets incumbent hooker, Matthew Rees, was given a lengthy break after playing in the previous summers Lions tour.

Owens’ form was such that he was selected for the Welsh 2011 World Cup squad, where he made his debut off the bench against Namibia. He was selected Wales' world cup squad where he fought it out with Scott Baldwin for the hooker jersey.

His first start for Wales came in the 2012 Six Nations Campaign against England at Twickenham in which Wales secured the Triple Crown on their way to the Grand Slam.

Owens is a rarity in modern professional rugby only representing Scarlets and has made over 200 appearances to date. He is the most capped hooker in Welsh history.

In 2017, Owens was rewarded with a British & Irish Lions place after a stellar 6 Nations. It was his 1st tour after 50 Welsh caps.

He came off the bench in all 3 of the Lions tests against the All Blacks.

In September 2019, after 243 appearances over 13 seasons for Scarlets, he was named the club's captain for the sixth successive season.

In 2019 he was inducted into the Gorsedd of the Bards at the National Eisteddfod of Wales.

Owen, named for the Wales squad ahead of the 2020 Six Nations, entered the competition with a total of 73 caps.

In May 2021, Ken Owens was selected for the 2021 British and Irish Lions, it will be the first he has toured to South Africa with the side and this will be his second tour overall.

The 82 test cap hooker has played 6 tests for the Lions and has made the most carries (70) of any Lions eligible hooker in Test rugby since the start of 2020, also managing a 92% tackle success rate and 89% lineout success rate in this time.