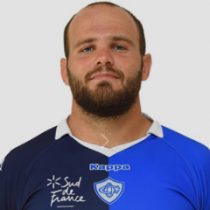 Firmin is a hooker with experience in the French youth setup.

He signed his first professional contract with Toulouse in 2013 before linking up with Pau the following season.

After only 6 appearances for Pau, Firmin signed a deal with Dax, where he spent two seasons before being recruited by Castres to compensate for the departure of Brice Mach.