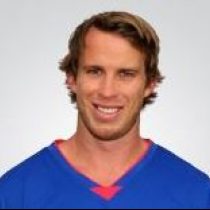 In 2008, Munro moved north and has since played with Northland. His positions on the field are first five, second five and fullback, becoming the leading points scorer for the 2010 ITM Cup with 172 points from 6 tries, 32 conversions and 26 penalties in 13 matches.

Munro appeared for the Blues in the 2009 and 2010 Super 14, travelling directly to many games from the Ellerslie Race Course, despite not being selected in the initial Blues squads. Munro debuted against the Sharks in 2009 and was selected for the Blues full squad for the first time for 2011.

After sharpening his craft in the Top 14 with Bordeaux Bègles in 2012, Munro decided to push his skills into the Pro D2 with a one-year signing at Lou Rugby.