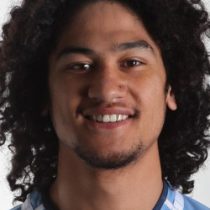 Fosita, had a brief stint playing Varsity Cup Rugby in South Africa, this lasted 2 games before returning to NZ.

Back in New Zealand, he represented Northland in the ITM Cup before being selected in Tonga's 2015 RWC squad.

After missing out on the initial Tonga squad to go to the 2019 World Cup, Fosita earned a call up following Kurt Morath's injury against England