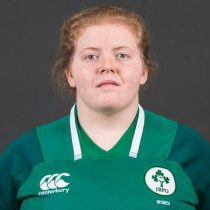 Ballyhooly’s Leah Lyons was called up to the Irish rugby squad ahead of the Women’s November Series in Dublin.

Lyons was part of a 31-strong Irish squad that saw Ireland play three games this against England, Canada and New Zealand

Lyons is a sales representative.

The Munster and Highfield prop was named in the 2017 6 Nations squad and later in the squad for the 2019 Six Nations tournament.

Lyons has once again been named for the Ireland squad ahead of the Women's 2020 Six Nations. She has had 13 appearances thus far.