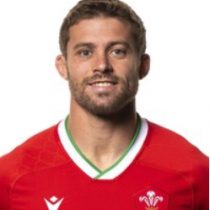 A fine full back with a penchant for long range kicks, Halfpenny has every attribute the modern full back needs.

Halfpenny was Wales’ undisputed star during their under 19 IRB World Championship of 2007/2008 ending the tournament with a massive 57 points.

Halfpenny’s fantastic form continued and he eventually made his senior debuts for both Wales and the Cardiff Blues and has made him a massive part of the respective squads.

Since taking over as the regular Welsh fullback from Lee Byrne this young talent has progressed to become an integral part of the successful Welsh Championship winning sides of recent seasons. in 2013 he was selected to tour Australia with the British and Irish Lions.

The young Welshman was the star of the tour, playing incredible counter attacking rugby at times, as well as missing just two kicks over the course of the entire tour.

After 6 years at Cardiff Blues, Halfpenny announced in January 2014 that he would be signing for Toulon for the start of the 2014/15 season.

Halfpenny has since amassed 52 caps for the French giants and has become a vital part of the team. He has much the same effect for his national side where, at the time of writing, he has 55 caps and was included in the Six Nations Championship in 2015.

Sadly, Halfpenny was injured against Italy in Wales' final RWC warm up game and missed the entire tournament.

In May 2016, Toulon announced to have welcomed back the Wales full-back for the Top 14 play-offs. He is out of contract at Toulon, where he is now in his third season.

Halfpenny was selected in his third British and Irish Lions tour after being named in 41 man squad to tour NZ. Halfpenny at time of selection has made 71 Welsh caps and 7 Lions caps (3 tests).

Halfpenny played 4 matches for the British and Irish Lions (1 Test) and scored 31 points.

In August Halfpenny committed his future to regional rugby and Wales by signing a three year National Dual Contract with the WRU and Scarlets.

Halfpenny heads into the 2018 November International with 78 test caps.

Leigh Halfpenny, named for the 2019 Six Nations squad has had 37 previous 6 Nations appearances. He has a scored a massive 499 points.

Once again, Halfpenny has been named for the Wales squad ahead of the 2020 Six Nations. He has a total of 85 caps.