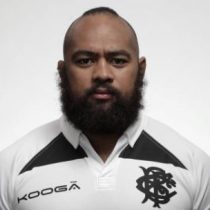 Uhila, known as the Tongan Bear in the boxing ring has 2 professional fights under his belt. Honours even with 1 win and 1 loss. He is a huge ball carrying prop and scrums well.

He impressed for the Hurricanes this season and also Waikato in the Mitre 10 Cup and is sure to make a physical impact in the Top 14.

December 2016 saw him sign a one-year deal with Clermont with the option of 2 further seasons.

Uhila will be playing in what could be last Super Rugby season having represented the Hurricanes 15 times in Super Rugby 2016.

He made 9 Super Rugby appearances for the Hurricanes in 2017 before signing a deal with Clermont following the conclusion of the Super Rugby season.