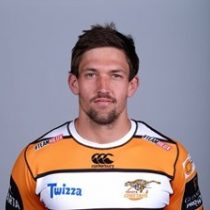 Something of a Currie Cup regular for the union without much Super Rugby experience, Fouche has always played in the shadow of Morne Steyn. With an accurate goal kicking boot and a deft passing game, Fouche should start to challenge the incumbent for more game time off the bench.

His performances didn't go unnoticed by other teams and he was contracted by the Pretoria-based Blue Bulls prior to the 2011 season and In June 2014, the Blue Bulls allowed him to join Japanese Top League side Ricoh Black Rams on a one-year contract.

After the 2015 season, he was recruited by Port Elizabeth-based Eastern Province Kings. Shortly after arriving, the worsening financial situation at the Eastern Province Kings resulted in all players' contracts being declared null and void, but Fouché was one of the first 20 players that the South African Rugby Union contracted to represent the Kings in the 2016 Super Rugby season.

In May 2016, the 26-year-old was captured by Kubota Spears signing a contract with the Top League team.

Fouche has since made 7 appearances for the the Japanese side, scoring 37 points.