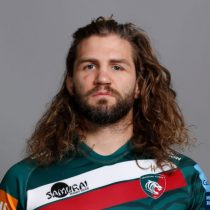 Wallance is another strong loose forward to come through the Harlequins academy production line. He burst into the first team during the 2011/12 season with some eye-catching performances on the side of the scrum. Wallace is a player with great promise, and he was shortlisted for the LV= breakthrough award and the Land Rover Discovery of the season award in 2012.

Wallace, who captained the Harlequins in the ‘A’ League and LV= Cup-winning campaigns in the 2012/13 season, was called into the England Saxons squad that same season, before representing England’s XV side against the Barbarians in May 2014.

After 135 appearances since his Harlequins debut, Wallace re-signed with the club in October 2016.

Following 169 appearances under his belt for Quins, Wallace signed for Coventry RUgby.