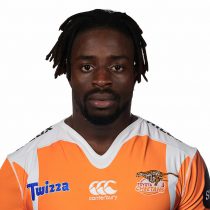 Gifted with plenty of pace and fancy footy work, the St Benedicts College Old Boy moved down to Pukke University to start his tertiary education in 2012.

Playing for the Leopards in the U19 Currie Cup, it was the winger’s outstanding performances in 2013 Varsity Cup that earned Obi a call up to the Baby Boks for the IRB Junior World Championship.

Luther then finished off his 2013 season with a Currie Cup debut for the Leopards.

The former Junior Springbok linked up with the Bulls in late 2015, playing two matches for the union in the Currie Cup Qualifiers in 2016, but due to injury, missed a large chunk of that season.

In March 2017, the Bulls confirmed that an agreement with the winger had been reached to end his contract with the club.

He was soon picked up by the Cheetahs, where he furthered his playing career.