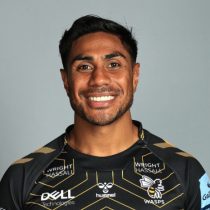 A product of Wesley College, which also produced All Blacks Jonah Lomu and Frank Halai, Fekitoa is also a talented sevens player.

In 2011, Fekitoa burst onto the scene as an 18-year-old at the Nationals sevens in 2011 where he was voted player of the tournament by Gordon Teitjens.

In 2012, he played every game in the Auckland ITM Cup campaign, proving himself to be a physical defender and a strong runner with the ability to create space for himself and others.

The All Blacks selectors came calling in 2014 after the Tongan-born Fekitoa went from strength to strength in his debut season for the Highlanders. He ended the year with eight Test caps and two tries.

Fekitoa's talent and 'x-factor' quickly became evident, and he has developed into a powerful midfielder for the Highlanders and the All Blacks.

In early 2015, hesigned a contract extension with the New Zealand Rugby keeping him at the Highlanders until 2017.

In June 2017, he missed out in the initial All Black squad for the Lions series but was brought into the squad following injuries and featured off the bench in the final test as well as the Highlanders win over the tourists.

Fekitoa confirmed that he will be joining Top 14 outfit Toulon for the 2017-18 season on a two-year deal. He left the Highlanders having earned 65 Super Rugby caps scoring 20 tries.

After two seasons in France, the All Black World Cup winner made the switch to Ricoh Arena to join Wasps in 2019.

Fekitoa, who can play at 12 or 13, has bagged eight international tries in 24 appearances for the All Blacks, including two tries at the 2015 Rugby World Cup as he was part of the side which won back-to-back titles for the first time ever.

In February 2022, he traded Wasps for Irish Province, Munster on a two-year deal.