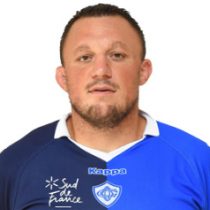 Clerc started his rugby career in 2008 with US Bressane where he spent four seasons.

After 48 appearances for the Bourg-en-Bresse-based club he signed for Oyonnax, representing the side in the Top 14 until 2016 when he signed for Union Bordeaux Bègles.

Following a two-year spell in Begles, Clerc decided to further his career with Castres.