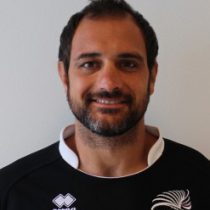 Bortolami was soon made captain of Italy's Under-21 side, before making his full international debut against Namibia in June, 2001, when he was just 20. At the age of 22, Bortalami was made Italy's youngest ever captain. In his first-ever World Cup start – against Tonga in 2003 – he picked up an injury and missed the decisive match against Wales, which saw the Azzurri eliminated from the competition. After impressing in the 2004 Six Nations Championship championship, he was once again awarded the captaincy for the 2005 Summer tour of Japan. After the tour he joined French club Narbonne. In the 2007 Six Nations Championship, Bortolami led Italy to their first away win in the competition against Scotland at Murrayfield, which was also the first time Italy have won more than one game in a single Six Nations Championship.