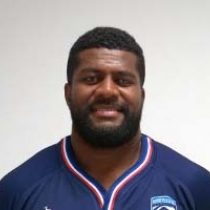 Dakuwaqa formerly played rugby sevens for Fiji, including at the 2016 Summer Olympics.

He started his playing career at the Tokatoka Westfield Dragons 7's Team and was selected to represent the Fiji National Sevens side in 2016 USA Sevens.

In May 2017 it was announced Dakuwaqa had switched codes to rugby league where he had signed to the Canberra Raiders in the National Rugby League.

He returned to union the following year with a one-year deal with the Australian side Western Force.

In 2019, he joined the French giants Toulon at Stade Mayol, his arrival compensated for the departures of Josua Tuisova in Lyon and Filipo Nakosi to Castres.

He signed for Montpellier ahead of the 2021/22 season agreeing on a two-season contract with the club.