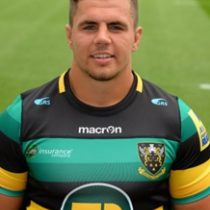 Before joining Northampton Saints, Beesley began his rugby career with the Yorkshire Carnegie Academy whilst studying at Leeds Beckett University, before sending three years at Wharfedale and making over 60 appearances between 2013 and 2016.

From there he was invited to a trial with the Saints, and after signing a professional deal with them he has been in and around the match day squad as well as featuring for the Wanderers in the A League.

Beesley has also played rugby at a representative level, receiving international honours having represented both England Counties and England Students.

In April 2018, he signed an undisclosed deal with Ealing Trailfinders for the 2018/19 season.