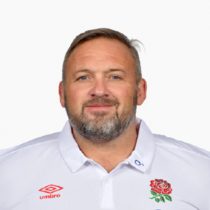 Educated at Potchefstroom High School for Boys, Proudfoot turned out in the Vodacom Cup and later Currie Cup for the Leopards after which he moved to Scotland to play for Melrose.

Proudfoot then represented Edinburgh Rugby and won 3 international caps while with Edinburgh, before returning to South Africa. Injury forced him into semi-retirement but he still played for the Leopards and the Blue Bulls. Glasgow Warriors coach Hugh Campbell persuaded him to return to full-time Scottish professional rugby.[3]

In 2003 he returned to Scotland to play for Glasgow Warriors. He won 1 more international cap while with the Warriors.

The front rower qualified for Scotland through his Dumfries grandfather.

He made his debut for Scotland in 1998 in a match against Fiji and was capped 4 times for the national team finishing with a cap against Ireland in 2003.

Proudfoot coached the forwards at Western Province, Stormers and North-West University and Kobelco Steelers in Japan.

On 17 May 2016 it was announced that Proudfoot would be leaving Kobelco Steelers to become an assistant coach with the South Africa national rugby union team.

In January 2020, he was added to Eddie Jones' England coaching staff ahead of the 2020 Six Nations.