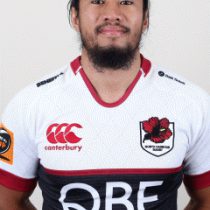 The son of Samoan legend To'o Vaega, Matt burst on to the scene during the 2014 ITM Cup scoring 2 tries in 6 appearances for North Harbour.

Vaega was rewarded with an inclusion in the Blues wider training group for the 2015 Super Rugby season.

Vaega has been included in the Blues 2017 Super Rugby squad, since making his debut in 2015 against the Hurricanes, he has made 5 appearances for the Blues scoring 1 try.

He only managed two appearances for the Blues in 2017. He failed to secure a Super Rugby contract for 2018 despite having an outstanding Mitre 10 Cup season in 2017.