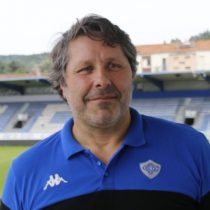 Former Aregntine prop Mauricio Horacio Reggiardo represented his country 50 times between 1996-2003. Reggiardo played for Pueyrredon Rugby Club of Mar del Plata and Club Atlético San Isidro in Argentina, before his move to Castres Olympique, in France, in 1996. He played the majority of his club career in Castres, from 1996/97 to 2004/05.

He had 50 caps for the Argentina national rugby union team, scoring 3 tries including appearances at the 1999 and 2003 Rugby World Cups. He retired in 2006 and turned his hand to coaching. He has coached at both his former clubs in France, Mazamet and Castres.

He was brought into Castres to replace former Castres head coach Christophe Urios in 2019.

Reggiardo has worked with Albi, Agen and Castres as both a head coach and assistant coach.