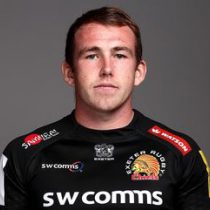 Cornishman Max Bodilly is a product of the Chiefs Academy, starting out at Truro College, and working his way into the senior ranks at Sandy Park.

Initially introduced to rugby as a youngster with the Pirates Youth Section, the fleet-footed back has since gone on to establish himself as a dangerous runner with an eye for try-scoring.

The Truro born youngster has demonstrated his talent on the pitch over the last three seasons for the Chiefs and has quickly become a regular starter.

Despite breaking into the Chiefs team, Bodilly is still young and has been dually registered with Cornish Pirates.

In May 2020 - following 36 appearances for Rob Baxter’s side - he signed for Ealing Trailfinders.