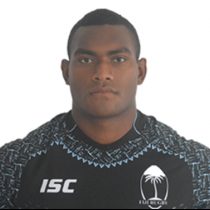 A talented back-rower, Kunavula can operate across the back-five and is equally adept at both flanker and lock.

Born in Tailevu, he joined the police force while representing Fiji U20 in the early stages of his career. Kunavula made his World Rugby Sevens Series debut at the 2016 Dubai leg where Fiji finished runners-up after falling short against South Africa in the final.

The back-row was named in the Fiji Sevens squad for the 2018 Commonwealth Games held on Australia’s Gold Coast and finished the tournament with a silver medal as the South Sea Islanders were pipped by New Zealand.

Kunavula was a key man as Fiji finished the 2018/19 Sevens Series in first place, winning five out of 10 tournaments.

As of June 2020, he has made 3 appearances for the Scottish club.