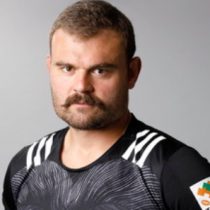 Brother to All Black James, Broadhurst grew up in Northland and moved to Japan in 2009 after making a name for himself, mostly as a lock, for Poverty Bay and the Heartland XV and while James carved out a career with Taranaki and the Hurricanes, Michael plugged away in the Top League.

He signed for Ricoh Black Rams in 2011, making 76 appearances for the side to date, scoring 45 points.

In 2012 he qualified to play for Japan through residency, and he played his first matches for them in June in the two matches series against the French Barbarians.