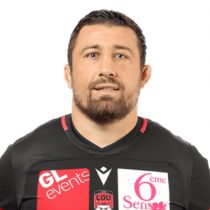 A graduate of the Toulon academy Mickael Ivaldi made his debut for the side during the 2010-2011 season and played several games in the Top 14 and the European Cup.

2010 was successful year for Ivaldi as he captained the France u20s. After 46 in just three seasons with Toulon, Ivaldi signed for Montpellier.

His time in Montpellier was just as successful as he made over 85 appearances in three seasons.

Having spent three seasons at Montpellier, Ivaldi made the transfer to Lyon for the 2016-17 season.

He made 23 appearances for the club in his debut campaign, starting 91% of those fixtures in the No. 2 shirt.

By the end of the 2018/19 season, the powerful hooker has made well over 50 appearances for Lyon.