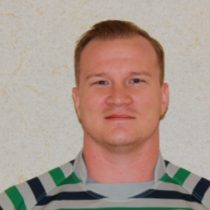 Shepherd was born in Brownsburg, Indiana and first discovered the sport while playing for Brownsburg Rugby Football Club where he was honored as a 1st team All-state selection for the state of Indiana. His first foray into international rugby came in 2007 when he was selected for USA’s U-18 National Team that competed across the pond in England. He continued to represent his country with the USA U-20 National team from 2007 to 2009 as he competed in Ireland, the 2008 Junior World Cup in Wales, and the 2009 Junior World Trophy Tournament in Kenya.

Following his youth rugby career, Shepherd was selected as a Midwest Collegiate All-star and Collegiate All-American in 2009 and 2010 while serving as Co-Captain at Indiana University. After transferring to the University of Utah to play with the Utes where he again served as Co-Captain, he competed for the Collegiate All-Americans in 2012 and 2013 and found more international playtime in Ireland and New Zealand. Post-collegiate rugby, Shepherd continued to build his rugby resume by competing with the 2015 USA Rugby Select XVs against the likes of Argentina and Uruguay in their tour of South America. Most recently, Shepherd has played an integral part in the success of the Washington Athletic Club 7s and the Seattle Saracens.