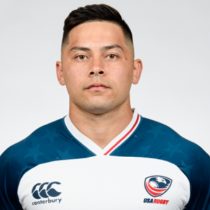 He signed for Old Glory DC ahead of the 2020 MLR season.

In August 2021, he signed a short-term deal to join Toulon in the Top 14. The US Eagles hooker arrived as a medical joker to cover for French international Christopher Tolofua, who was ruled out until January 2022 with a knee injury.