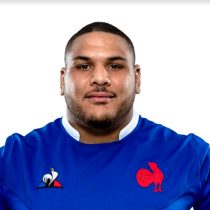 Before the age of 15, Haouas knew nothing about rugby until he was introduced to the game by Hérault Sport (an association responsible for promoting sport in lower-income neighbourhoods).

Haouas joined the Navy, thanks to a Hérault Sport partnership with the army where he eventually joined the French military team.

He earned a Bronze medal with the side at the military World Cup.

Haouas struggled with drugs as a youngster and was arrested for driving without a license and under the influence but has since turned his life around in November 2016 he signed his first proffesional deal.

He signed his first professional contract with Montpellier in November 2016 and coming through the club's academy system, signing a three-year deal until 2019.

He has since extended his contract with the club until 2024 having made over 50 appearances for the club.

In January 2020, he was called into the France Six Nations squad where he made his test debut.