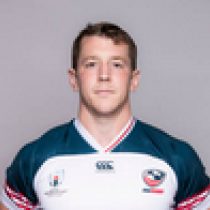 While playing for New York Athletic Club in 2014, Brakeley received an invitation to join Cambridge's touring side for a match against the MCAAs, a match the American age-grade side won.

In January 2017, he was named in the USA team that would compete in the Americas Rugby Championship.

In May 2017, Nate was named in the USA Men's Eagles for the Emirates Airline Summer Series and Rugby World Cup 2019 Qualifiers this June and July, having won 8 caps to date.