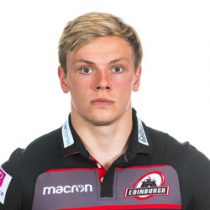 Born in Rochdale, England, Fowles is a nippy scrumhalf who began his career in 2012 with Sale. Having represented England at U20 level, Fowles went on to make his debut in the Premiership in 2012.

In 2015, Fowles joined Pro 12 side Edinburgh from Sale Sharks. With some eye-catching performances, Fowles racked up 25 appearances by February 2017, when he was offered and agreed on a new two-year deal with Edinburgh.

In October 2017, the former England U20 representative was named in the Scotland squad for the 2017 Autumn Series.

Impressing performances at the Autumn Series saw him being named as one of four uncapped players in Scotland's 40-man squad for the 2018 Six Nations tournament.