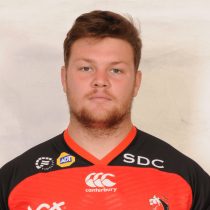 Originally from Welkom, South Africa, McBeth qualifies for Scotland though his Scottish grandfather who was born in Edinburgh.

A naturally strong ball carrier and scrummager, McBeth is currently attached to South African outfit the Golden Lions and has been included Scotland's u20 squad for the 2018 season.

Later in the year McBeth was named in the South African u20s squad for the U20 Junior World Cup.

Away from rugby, the loose-head is a keen fisherman.

In October 2021, he signed a deal with Glasgow Warriors.