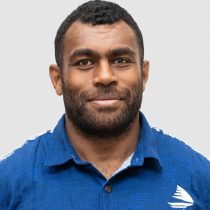 The Fijian back rower was born in Nadi in June 1988. He made his Test debut for the Flying Fijians against Georgia in Tbilisi in November 2012.

The 29-year-old enjoyed a stint in New Zealand with Tasman Makos from 2014-2016 playing in the National Provincial Championship.

He was named in the Fiji squad for the 2017 November Internationals as they play Italy, Ireland & Canada.

In 2018, Nagusa signed a deal with Newcastle Falcons.