Barrett or Mo'unga? Predicting how the All Blacks could line up in Ian Foster's first game

Ian Foster kicks off his term as the new All Blacks head coach on Sunday 11 October at Sky Stadium in Wellington.

The former assistant coach has a tough task ahead of him following the successful term of Sir Steve Hansen who won 93 of his 107 tests in charge winning a World Cup and finishing in third place last year.

Hansen inherited one of the greatest All Black teams of all time from Graham Henry but he stamped his own mark on the side with the likes of Julian Savea, Aaron Smith, Beauden Barrett, Ben Smith and others becoming integral parts of his team over the years to come.

Foster will look to do the same while also solving a number of selection headaches caused by injuries, players being otherwise unavailable and form.

We take a look at the team we think Foster will field in his first test as the All Blacks' head coach. 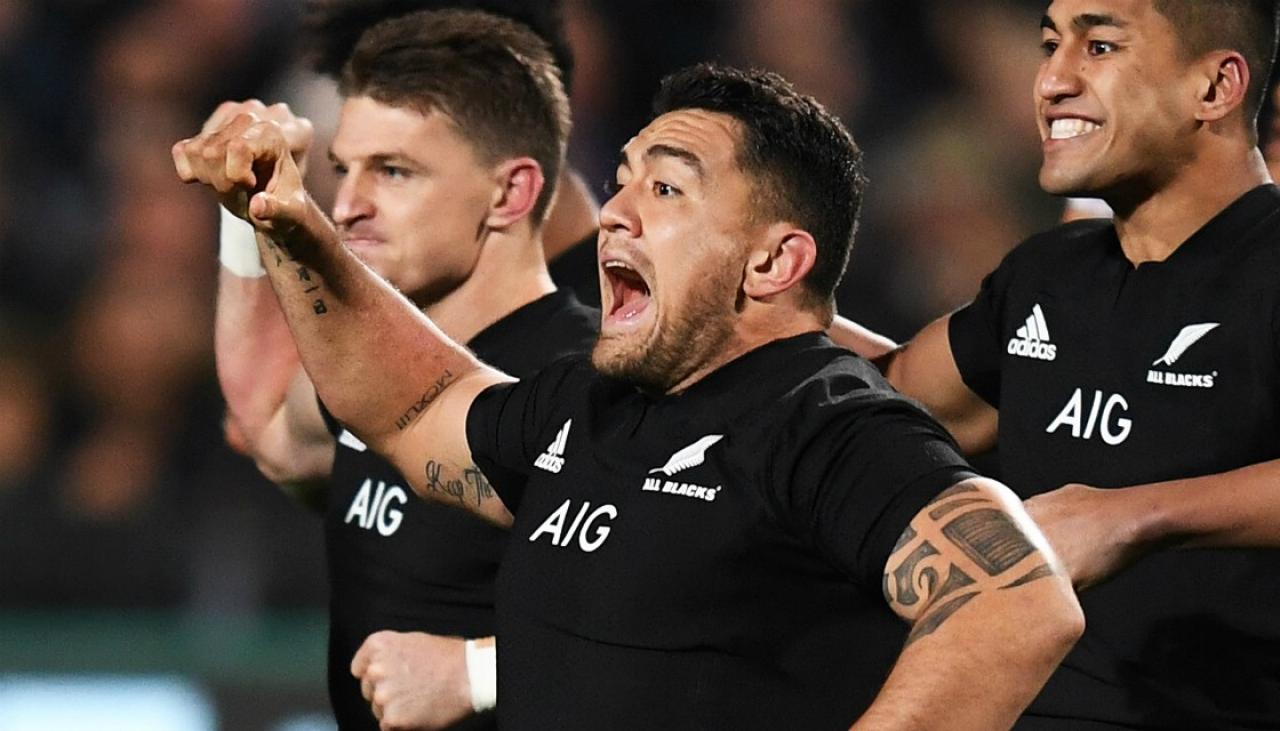 Foster could field the same front row that lost to England in the semi-finals of the Rugby World Cup in his first game in charge. There is doubt over whether Dane Coles will be fit for the first Bledisloe Cup test against the Wallabies and even if he is he likely to feature from the bench having not played since the Hurricanes clash with the Highlanders in mid-August. If Coles is not yet ready to play against the Wallabies, one would expect Asafo Aumua to finally make his test debut via the bench.

Joe Moody showed during Super Rugby Aotearoa that he still is the Premier loosehead in the country and looks set to be backed up by Karl Tu'inukuafe who returns to the squad having missed out on Rugby World Cup selection last year. A key indication of this is uncapped Alex Hodgman's involvement with Auckland during the Mitre 10 Cup with Tu’inukuafe remaining with the squad.

While Ofa Tuungafasi has the form tighthead prop of Super Rugby Aotearoa, the return to form and fitness of Nepo Laulala could put Tuungafasi's hopes of adding to his 4 test starts on hold. 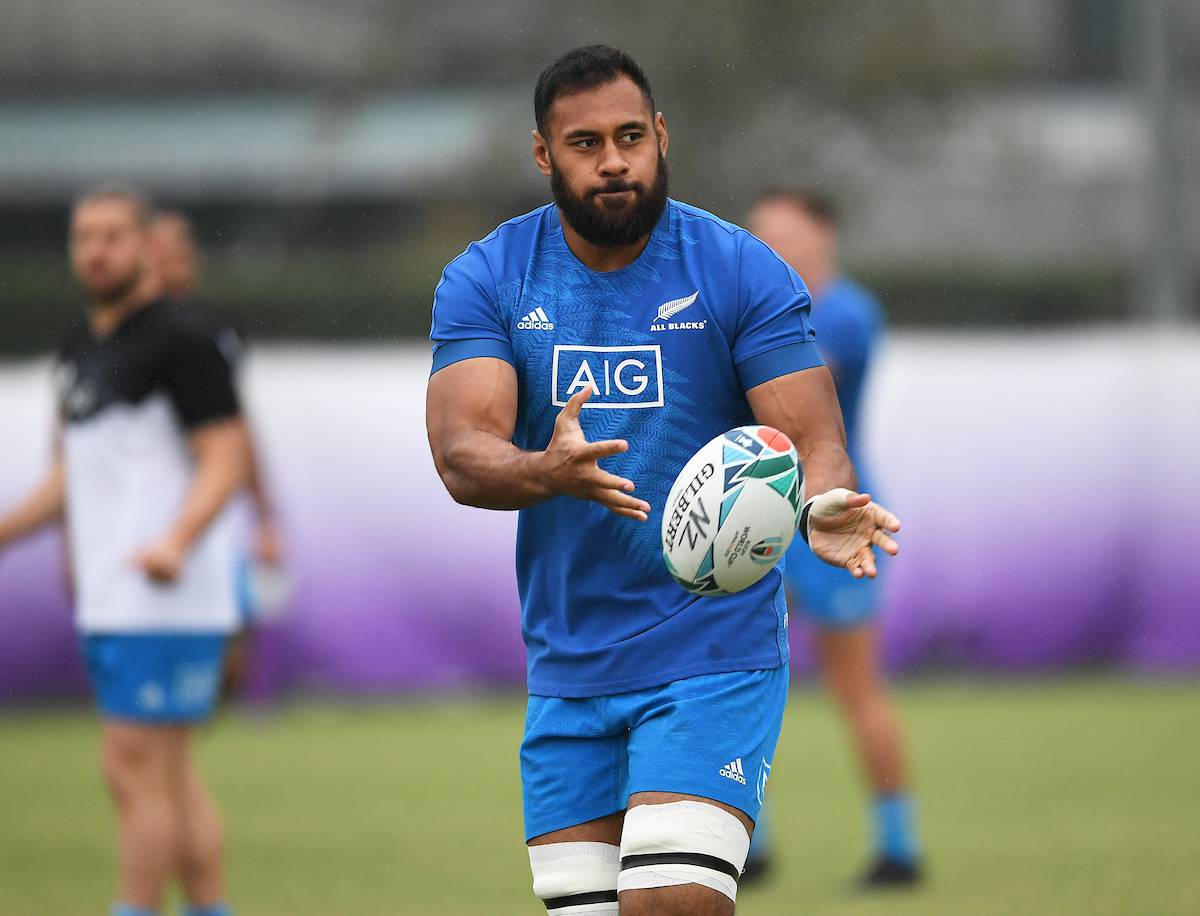 With Scott Barrett and Brodie Retallick unavailable to the All Black, their depth in the second row will be tested even further with uncapped Quinten Strange already ruled out through injury leading to a call up for Mitchell Dunshea.

The new boss will likely start two of his most experienced locks with both players also in great form during Super Rugby Aotearoa. Tuipulotu, in particular, is in arguably the form of his career having taken over the captaincy at the Blues.

Crusaders blindside flanker and uncapped All Black Cullen Grace could well provide cover in the back row and second row via the bench but second-row slot on the bench may well go to 20-year-old Tupou Vaa’i.

Foster has a plethora of options in the back row with a number of his options all in fine form. New captain Sam Cane is the likest starter of them all but the make of his first back row could well depend on how Foster opts to deploy Ardie Savea.

During the Rugby World Cup, Savea regularly wore the #6 jersey before the semi-final where he moved to #7. As it stands, Foster has three options with Savea, start him at 8, 6 or via the bench. We predict he will start the 2019 World Player of the Year Nominee at blindside with Hoskins Sotutu getting his test debut in the #8 jersey.

This will be a blow to the inform Shannon Frizell who like Cullen Grace has been in superb form and could fill in, in the second and back row. One of the biggest calls for Foster will be who starts at first five for the first outing of 2020. Aaron Smith has been nothing short of sensational in 2020 and could link up with either Richie Mo'unga or Beauden Barrett in the first test of the year.

The #10 jersey is a real 50-50 call that could go either way with Barrett and Mo'unga in good form this year. Mo'unga looked to have the upper hand but we predict Foster will go with Barrett at first five.

Whichever way Foster decides to go, the other will provide a world-class cover from the pine. The new All Blacks' coach has also made it clear that the two are first fives for his side after Barrett played most of 2019 at fullback.

Rieko Ioane's shift to outside centre has seen the sensational try-scorer recapture his form that saw him burst onto the scene back in 2017.

However, while a number of changes are expected under the new regime we expect one thing to stay the same with Liernert-Brown and Goodhue retaining their starting roles.

Goodhue has spent most of 2020 at inside centre with Braydon Ennor impressing outside of him for the Crusaders. Despite this we predict he will revert back to outside centre much like Ryan Crotty did during Hansen's tenure with the All Blacks.

Both Goodhue and Anton Liernert-Brown are more than capable at inside and outside centre and having started to create a formidable partnership at test level for the All Blacks.

That doesn't mean that Foster may look to stamp his mark on the side by deploying Ioane at #13 for the side but we expect he will don the 23 jumper on Sunday.

Will Jordan has been shooting the lights out for the Crusaders and Tasman this year while also proving to be the match-winner in the North v South Island clash but expect to have to wait at least another week to see him make his mark in the black jersey.

Like the back row, Foster has a plethora of options in the outside back department and he really can't get it too wrong for the first Bledisloe.

He has picked two form uncapped players in Caleb Clarke and Will Jordan while Damian McKenzie has also been superb this year. However, we expected them all to miss out with Jordie Barrett taking up the #15 jersey and being flanked by the Crusaders' pair George Bridge and Sevu Reece.

Bridge was voted as the best New Zealand winger by his peers earlier this year and his form has been excellent which should see him retain the #11 jersey while Sevu Reece has also been brilliant for the Crusaders this year despite not scoring as many tries as he did for the side last year.