The British and Irish Lions brushed off uncertainty threatening to engulf their tour as they made it two emphatic wins from two matches in South Africa with a 7-54 win over Sharks in Johannesburg.

Warren Gatland was forced into a raft of late changes to his side with the likes of Liam Williams, Anthony Watson, Dan Biggar, Gareth Davies, Conor Murray, Stuart Hogg, Chris Harris and Tadhg Beirne all ruled out after one player and a member of the Lions management team has tested positive for COVID-19 following PCR testing.
Here is how we rated Gatland's men.
15. Josh Adams -9 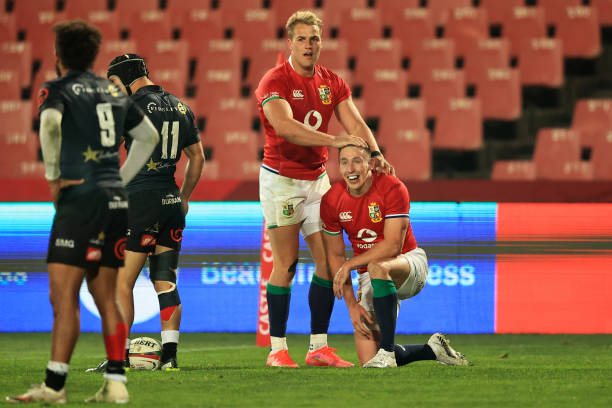 Whether he is playing out of position or not, he is scoring tries. Two tries for the Welshman as he punished the Sharks.
Run a smart line to finish off his first after some slick offloading, he pounced on a loose ball and some errors from the Sharks to score his second and set Louis Rees-Zammit away for his try before speeding over for his third.
Didn't miss a beat despite playing out of position. A starting test jersey looks to be a formality at the moment. 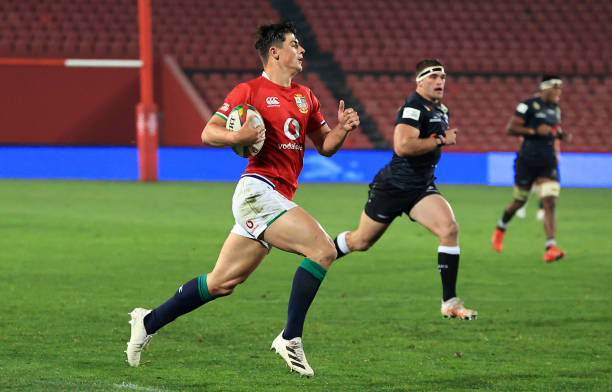 Made a nice offload to assist the opening try for Josh Adams and had some good kicks out of hand.
Stepped up to the plate after being a late call up to the squad and took his chance well to speed past the covering Sharks defenders to score.
13. Elliot Daly - 7.5 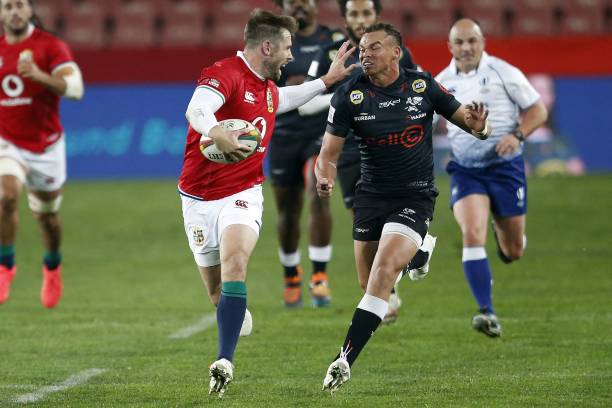 His booming boot come in handy on the odd occasion that the Lions were put under pressure while his penalty kicks to touch were also sharp.
He assisted Duhan van der Merwe's hattrick try and was reasonably solid defensively.
He linked up well with Aki and co. to send the wingers on their way. Over 60 running metres gained too.
12. Bundee Aki - 7 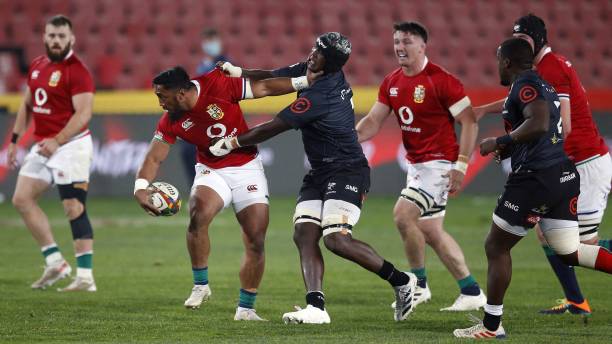 Tormented the Sharks' breakdown winning turnovers and stifling numerous threatening plays from the hosts.
Thundered into the defence when the Lions need a crash ball runner. A bit guilty for a few slipped tackles but overall a performance that won't do his test case any damage.
11. Duhan van der Merwe  - 8.5
Lethal once the ball came to him, van der Merwe scored his triple off just five carries. He made all his tackles, beat three defenders.

Made a big claim for a starting test jumper in a congested back three. 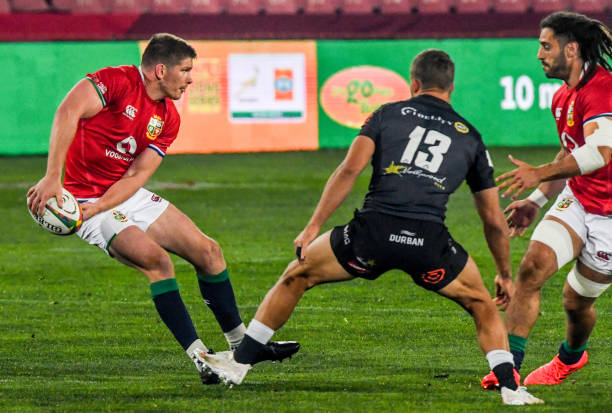 Good early involvements with a quality offload in the build-up to Josh Adam's first try as well as some good hits including a hold up on Bholi. Dabbed a perfect kick through for van der Merwe to score. Made good decisions with the ball in hand with his kicks and passes. His 52-minute cameo did his chances of starting at flyhalf in the tests the world of good.
9. Ali Price - 7.5 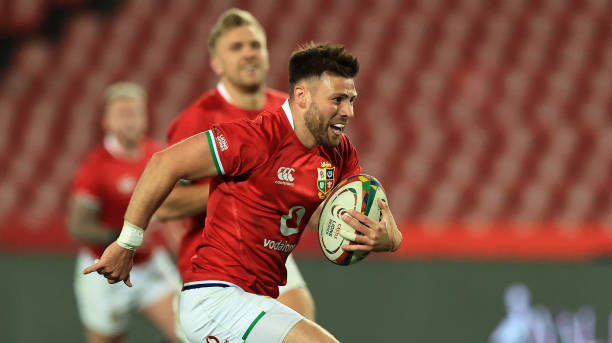 A full 80 minutes form the Scottish scrumhalf who proved to be problematic for the Sharks as the home side struggled under the high ball.
Quick and accurate with his passes too and even got stuck into the breakdown to good effect. A strong outing for the Scot.
1. Mako Vunipola - 6 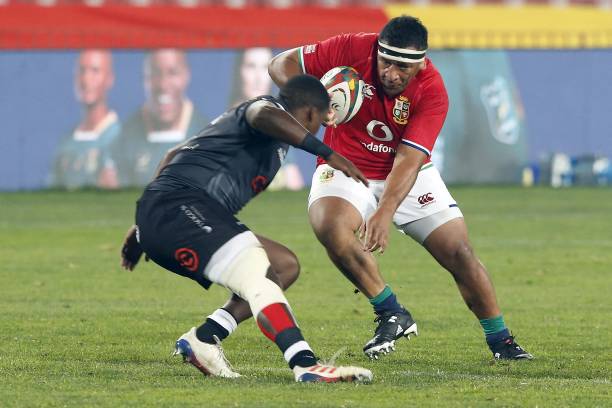 Had his struggles in the scrum during the first half but changed his approach and managed to get the better of the opposing tighthead. He had some excellent touches with the ball in hand as a distributor before being replaced in the 51st minute.
2. Luke Cowan-Dickie - 6.5 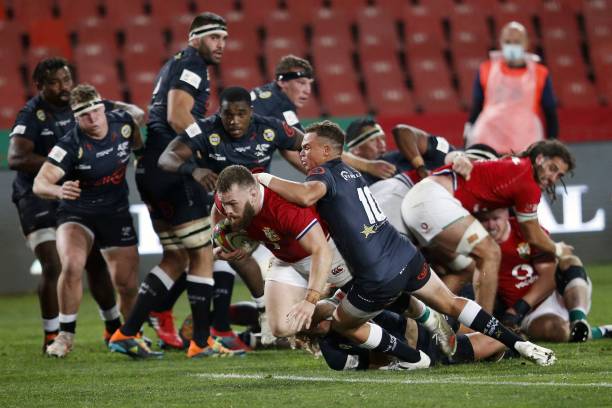 A threat over the ball while he carried well too. His set-pieces were accurate. Almost scored in the first half but was uncharacteristically unable to finish from close range.
3. Zander Fagerson - 6 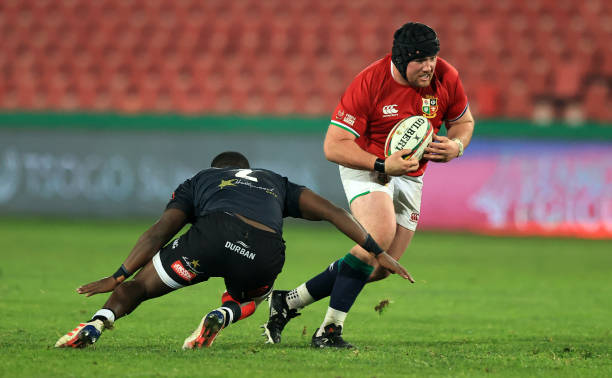 Strong on his side of the scrum and got through a ton of work clearing out rucks.
4. Iain Henderson - 7
The lineout ran smoothly under his guidance. Just Navidi beat his tackle count of 16. Got stuck into the breakdown and led the side well.
5. Adam Beard - 7
Hardworking and effective performance that will keep the critics of his call up at bay for now.
6.Josh Navidi - 8
Massive on defence topping the tackle count on 16. He and Curry were superb in turning balls over while he also had a nice flick through the legs to Owen Farrell.
Denied a score after running from 40 metres out when Aki was unfortunate to be called offside.
7. Tom Curry - 7 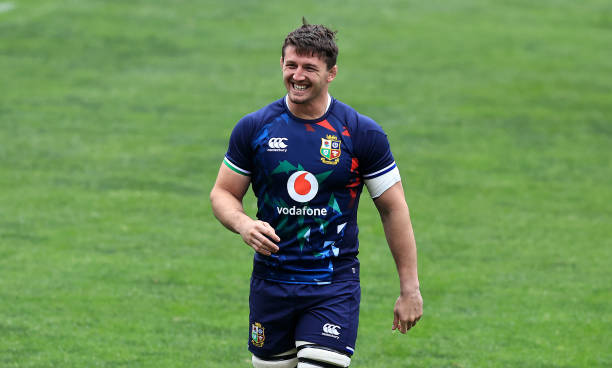 A stock-standard game from Curry, which isn't a bad thing, as he was strong on defence and contributed with some hefty carries and good passes on attack. He made a big turnover with the Sharks in an attacking position after 15 minutes. Coughed up a try.
8. Sam Simmonds - 7.5 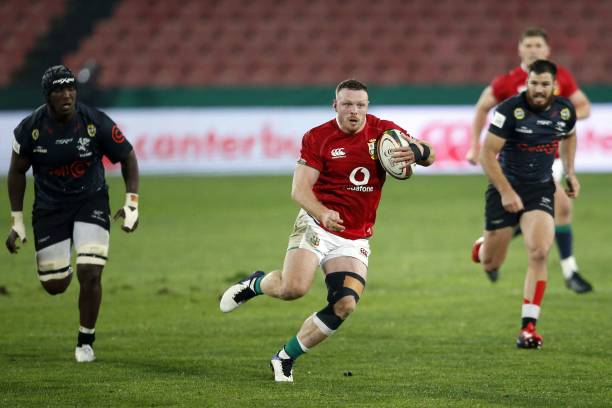 A busy performance in his first game for the Lions as he flew up quickly on defence and was a real threat with ball in hand. He topped the defenders beaten in the first half and continued in that vein.
Replacements:
16. Ken Owens - 6
17. Rory Sutherland - 6: Made a memorable break from his own 22 into the Sharks half.
18. Tadhg Furlong - 6
19. Maro Itoje - 6
20. Jack Conan - 7: Busy on either side of the ball. 10 tackles, 4 carries, two passes.
21. Hamish Watson - 7.5: Stripped van der Merscht of the ball inside the Lions 22. Made a few thumping hits and threw a nice long pass that could have led to a fourth for van der Merwe
22. Finn Russell - 7: Simply picked up where Farrell left off.
23. Taulupe Faletau - 6