Caleb Clarke returns to strengthen the Blues' back three

The Blues have named virtually an unchanged side to host the Waratahs in their third straight home game at Eden Park on Saturday.


The pre-season star performer, Caleb Clarke, returns from injury to replace suspended Tanielu Tele’a on the wing, while Josh Goodhue has recovered from a shoulder injury to return at lock. Goodhue’s return is the only change to the pack that performed strongly against the Stormers, with the hard-working Gerard Cowley-Tuioti to add his impetus off the bench.

The other change in the forward reserves sees Marcel Renata as front row replacement with Karl Tu’inukuafe rested this week.

Clarke is the only change from the starting line-up in the backs with changes in the reserves comprising Sam Nock at halfback and Michael Collins, who covers the midfield and outside backs, with Sonny Bill Williams sidelined with a knee injury.

“There’s a settled look to this team but that is not to say there is not competition,” said head coach Leon MacDonald. “There’s competition for virtually every spot in the starting line-up which is what we want – and it is helping to produce competitive and high quality trainings.

“If the starters do their job well, then they earn the right to stay there. We have already highlighted that while we want our starters to set the platform, equally one of our strengths is the energy we get off the bench to help us finish strongly.

“We again showed improvement last week which we are pleased about, but it also showed up areas that we need to improve. Our aim is to continue to improve every game, and we have the confidence that if we can continue to improve, then we will reap the rewards.

“We want to achieve this with a quality brand of rugby that is fantastic for fans to watch – and we are hoping they will flock in to support us this weekend.”

The Blues team to take on the Waratahs at Eden Park on Saturday is: 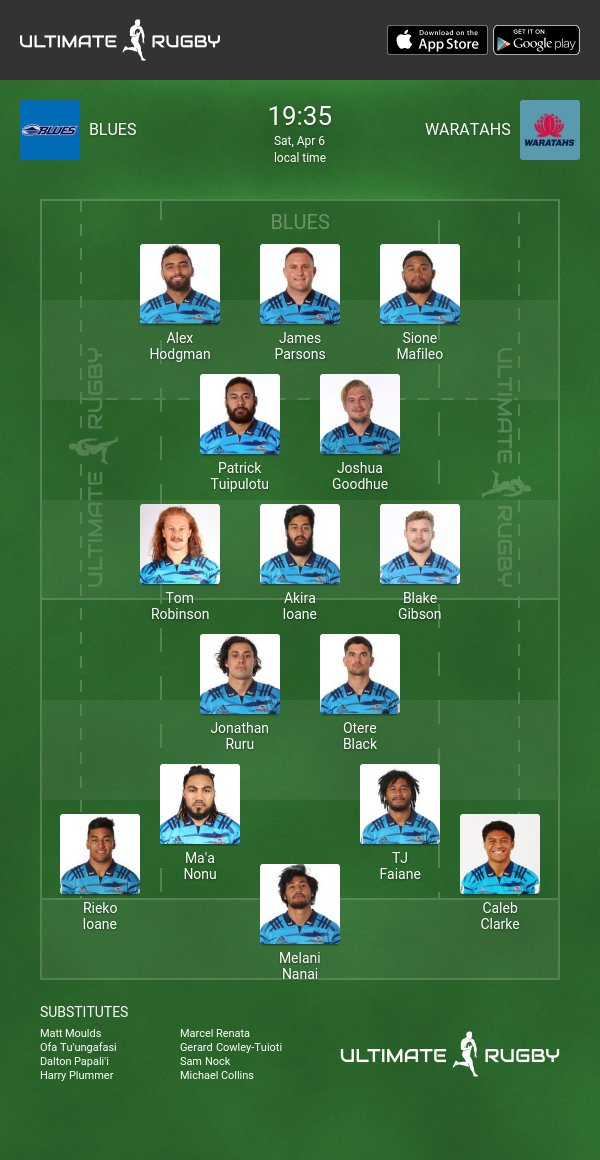