A tense finish to a roller coaster of a match. Jared Rosser scored a try in the fifth minute as the Dragons stormed into the lead, Davies extended the lead. The Dragons' discipline could have been their undoing in this one with Harrison Keddie being sent to the sin bin in the 9th minute and Jack Dixon in the 29th with Davies slotting a penalty in the 27th. Glasgow started slowly but finally got on the board in the 34th minute as Fotu Lokotui forced his way over the line. Sean Kennedy scored to put Glasgow in front after 35 minutes, a lead they held at the break. Half time: Glasgow 14-10 Dragons.

Brok Harris thundered over the line in the 44th minute to regain the lead for the Dragons before Peter Horne levelled things after 48 minutes. Sam Davies nailed a penalty and knocked over a crucial drop goal before the hour mark as the Dragons led 17-23. The game came to a dramatic end as Johnny Matthews found a way over the line for Glasgow and with the game in the balance, Brandon Thomson hit the post as Dragons claimed the single point victory. Full time: Glasgow 22-23 Dragons.

With the game in the balance, Brandon Thompson could not convert the extra two to secure victory for Glasgow 😲#GLAvDRA
pic.twitter.com/TUW1jo9yIj

Johnny Matthews scores to put @GlasgowWarriors in touching distance of a win, but Brandon Thompson could not convert the extra two and @DragonsRugby have secured the victory! 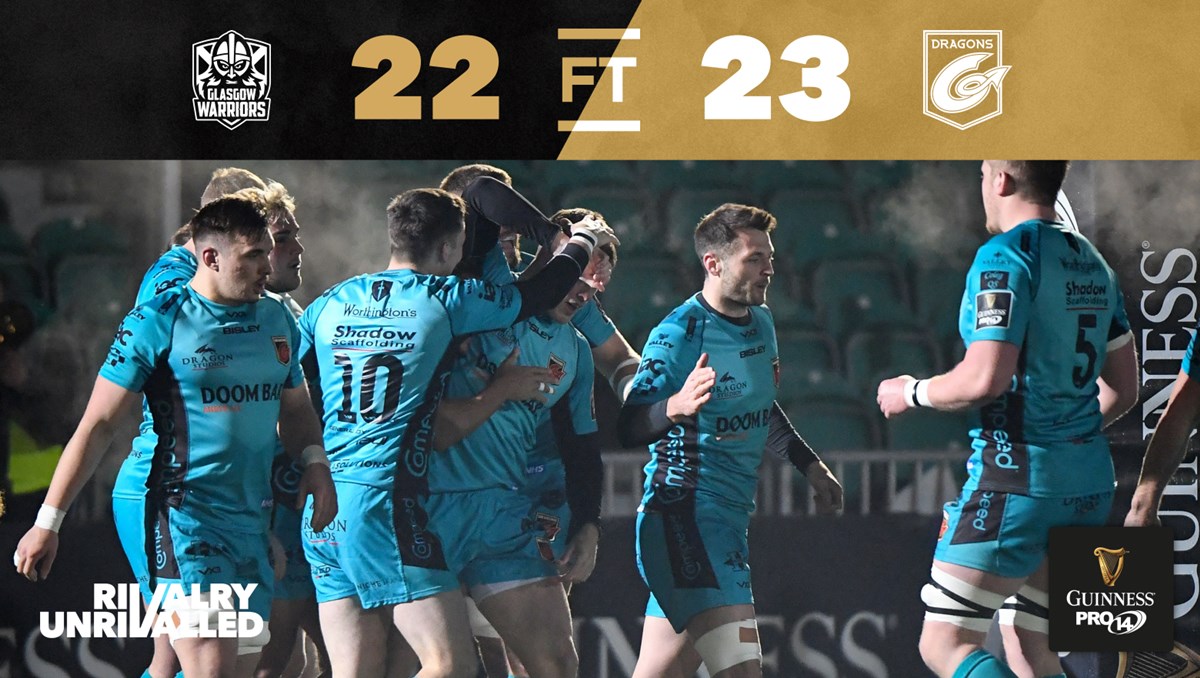