Mitre 10 Cup heats up before play-offs

Excitement in the land of the long white cloud is breeding as the last round of the Mitre 10 Cup is imminent before the play-offs commence.

Hawke’s Bay, who have been in fine form this competition which sees them current holders of the Ranfurly Shield, are sitting atop the Championship with 21 points (closely followed by Otago with 20) while, in the Premiership, Auckland have amassed 34 points to earn their spot at the top, comfortably ahead of Tasman, Bay Of Plenty and Canterbury who all find themselves on 24. 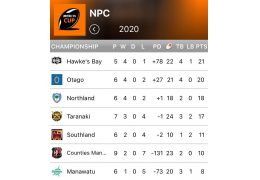 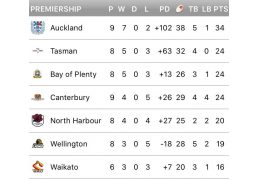 Possibilities are still quite varied with regard to the Championship as the Magpies could be easily ousted from the top spot should they lose their fixture against Taranaki on Sunday.

Otago will throw all they have at Tasman as they cross swords at the Forsyth Barr Stadium as, should they lose and Northland emerge victorious against Waikato, Otago will lose out on a home semi. The situation is such that Taranaki could, theoretically, end up in top spot should they bag five points against Hawke’s Bay.

In terms of the Premiership, Auckland have done enough to rest easy for now as they are guaranteed a home semi-final being ten points clear of Tasman.  The latter will look to cement a home semi as they tackle Otago on Saturday, but Tasman still find themselves level on points with Bay Of Plenty and Canterbury who face North Harbour and Auckland respectively in Round 10.

While Auckland's semi-final spot is secured, it is unlikely that they will do Canterbury any favours by resting players as the pride associated with this particular fixture outweighs tactics. Against the backdrop of the history, tradition and emotion of Auckland vs Canterbury, both teams will have their hands full in what should be a massive clash while the Bay Of Plenty & North Harbour contest could go either way.

The fixture list is as follows (all kick-off times local to New Zealand): 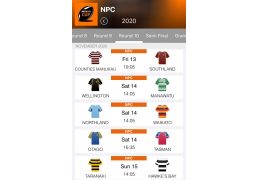 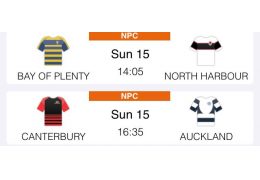