The Toulon man came away with the MOTM award for his performance in Marseille tonight. He managed to get over for a try in the 2nd half and started a few French attacks with his dangerous running game.


The winger comes into the French XV with a lot to do to live up to the bar set by Teddy Thomas over the last few weeks. Though he didn’t threaten as much with ball in hand, he was key to France’s defence. He swept up in behind on a number of occasions to prevent Italy from causing an upset. 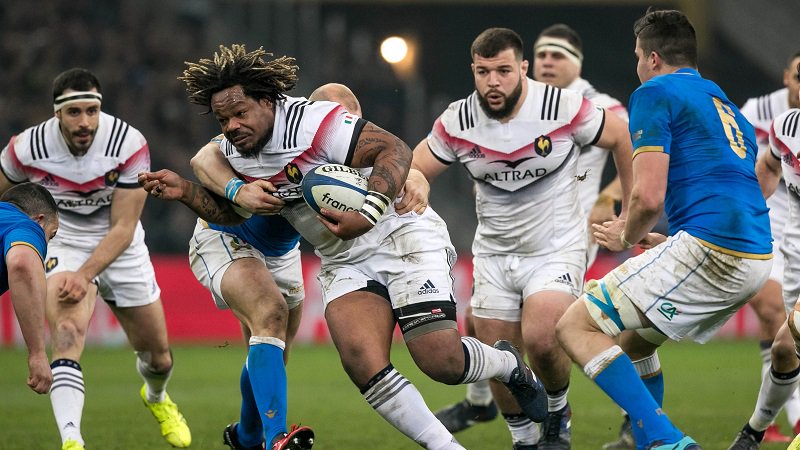 The Italian defence really struggled to contain the juggernaut centre today. He beat a massive 6 defenders and got his hands free for the offload on numerous occasions. He was the catalyst for Bonneval’s 2nd half try as he sucked in defenders, freeing up space out wide. He justly got over for a try in the final 10 minutes to contribute to his country’s win.


A quiet game from the centre as he struggled with ball in hand. He had a couple of handling errors but beat a couple of defenders nonetheless. He had perfect tackle success rate which may keep him in the side in 2 weeks’ time. Not a disastrous performance from the La Rochelle star.

Unlucky not to get in for a try after making over 100m in attack. He used his immense power to shrug off defenders and was on the shoulder of his teammates in support, time and time again.

The stand-off repeatedly made erratic decisions to throw miss passes and speculative offloads, rather than use his quality teammates to carry in tight. He did provide us with some pieces of pure brilliance, including a pinpoint accurate cross-field kick, but a more consistent performance is needed from an international out-half.

Arguably could have won the MOTM award tonight as his fantastic goal-kicking kept France in the lead. Ran the game well, moving his forwards around the field. Good box kicking turned Italy on their heels.

The new number 8 has made the shirt his own, despite calls for Picamoles to be brought back into the squad. He was France’s top ball carrier, making 76m from 17 carries. He was unlucky to not get over for a try after his huge linebreak in the 2nd half.

The flanker was substituted quite early given the huge shift he put in on the night. He managed to carry 11 times and get the hands free for the offload on 5 of those occasions. A couple of steals at the lineout kept Italy on the back-foot as did his perfect 9 tackles.

The Racing blindside won a couple of crucial turnovers for the French which stunted Italy’s momentum. He also carried well for a gain of 32m, including 1 linebreak and 2 defenders beaten.

Surprisingly the 2nd row didn’t concede any penalties this week. He managed to make 6 tackles, missing none, which is quite low for a tight-five forward. 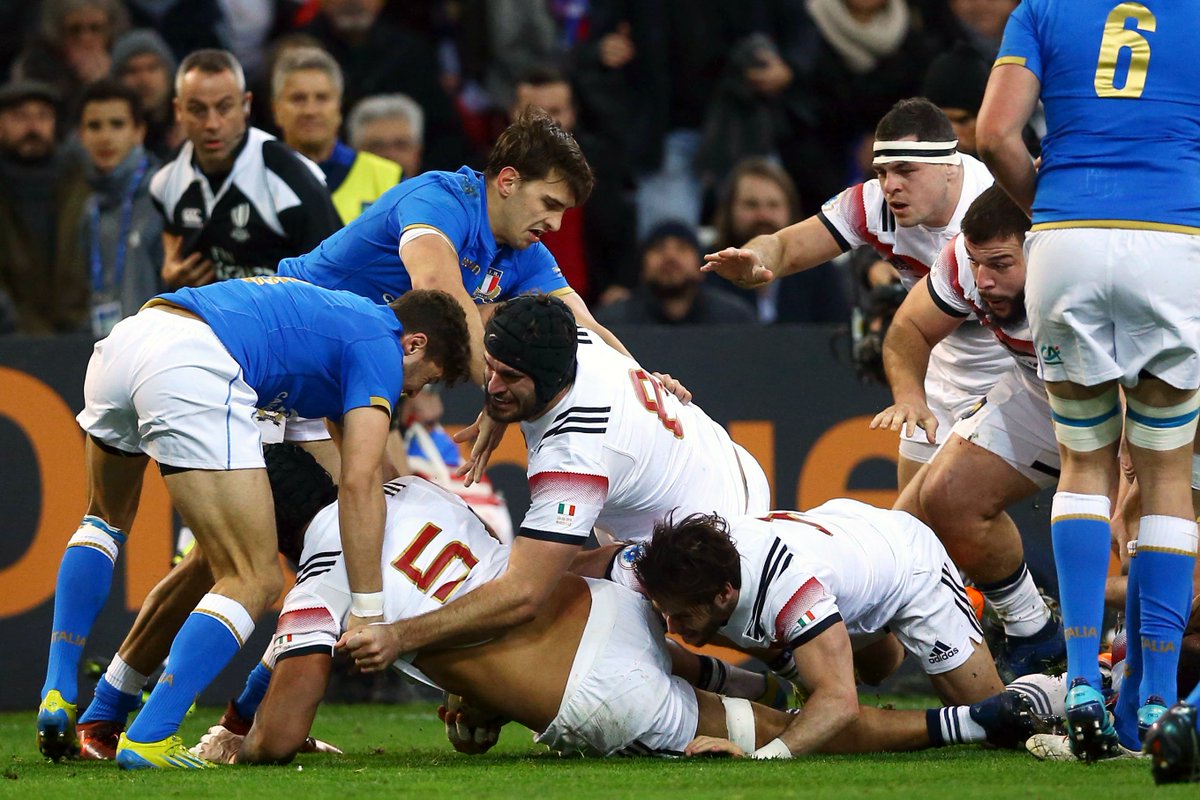 The second row went over for his side’s first try as he opportunistically reached over the try-line from close-range. He had a quiet game from there on out in attack, but managed to make 12 tackles for his side, helping them to shut-down the Italian’s attack.

A good shift from the tighthead as he kept the scrum stable for the 70 minutes he was on the field.

Not a typical performance from les Bleus captain. He carried well in attack but his defence left much to be desired as he missed almost half of his 9 tackles and conceded 2 penalties.

The Bordeaux-Begles man was widely tipped to be a great addition to the French scrum during the week. He did not disappoint as they put it up to a strong Italian pack.

Lovotti was one of the better players for Italy as he made 15 tackles and had 0 missed.
2. Leonardo Ghiraldini 7/10
Ghiraldini was Italy's best player tonight. He made 18 tackles and had a total of 7 carries. His work rate was unmatched by any other Italian player.
3. Simone Pietro Ferrari 4/10
Ferrari was the weakest third of the front row today. He had one carry and was outmatched by his opposite number at scrum time.
4. Alessandro Zanni 5/10
Zanni was good in defence but failed to make any impact going forward.
5. Dean Budd N/A
Budd was forced off through injury after 30 minutes.
6. Sebastian Negri 6/10 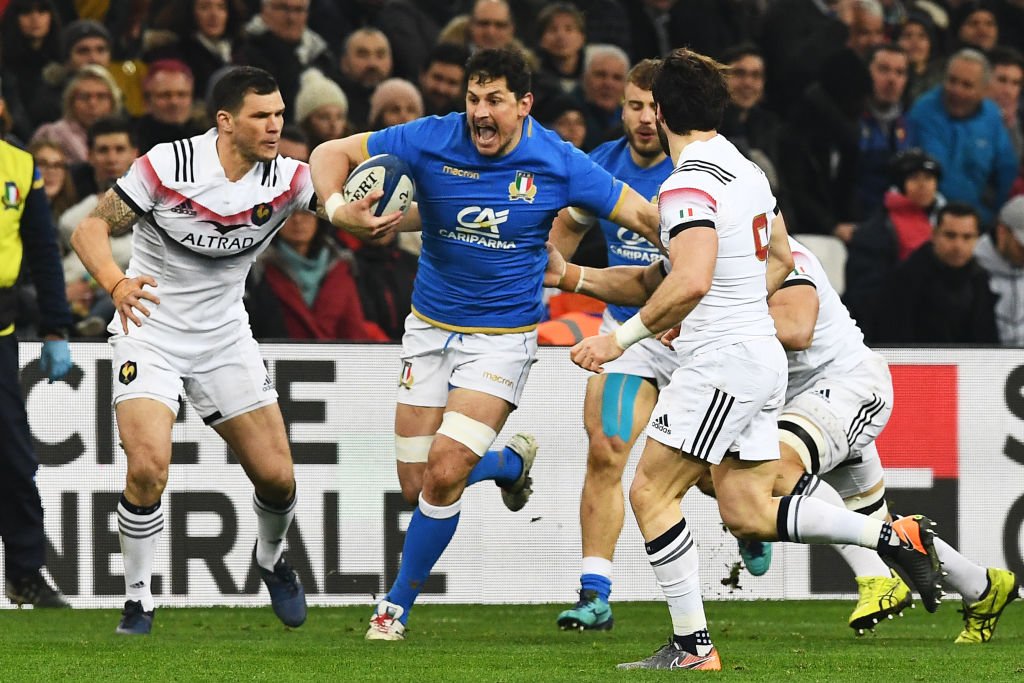 Similarly to Ghiraldini Negri was an absolute workhorse. He totalled 15 carries for a nice return of 57 meters.
7. Maxime Mbanda 5/10
Mbanda made a lot of tackles but failed to provide any attacking threat.
8. Sergio Parisse 5/10
Parisse's age can be seen in his recent performances for Italy. Tonight he had 6 carries for a return of 6 meters, not the best return from the Italy captain.
9.Marcello Violi 4/10
Violi was seriously poor. His passing was average at best and he missed 2/5 tackles.
10.Tommaso Allan 4/10
Allan struggled to orchestrate the Italian attack and was one half of a poor halfbacks performance from the Italians.
11. Mattia Bellini 5/10
Bellini didn't get many opportunities going forward but made all his tackles in defence.
12. Tommaso Castello 6/10
Catello was decent and managed to total a respective 35 yards in carries. His defence was strong and managed to make 11 tackles without missing any.
13. Tommaso Boni 4/10
Boni was poor and missed half his tackles. He also looks to be carrying some extra weight and given his opposite numbers performance he has no excuse for his poor work rate.
14. Tommaso Benvenuti 4/10
Benvenuti failed to compete today. He missed more tackles than he made and failed to make much ground in attack.
15. Matteo Minozzi 7/10
Minozzi looked menacing in attack today and was rewarded for his efforts with a try. His defence was strong and was one or two stand out players for Italy.