The dawn of a new era for Wales under new head coach Warren Abrahams will begin with a daunting trip to Vannes to face France in their Women’s Six Nations opener.

Much has changed for the visitors since their last Championship match against reigning champions England in March last year, which ended in a 66-7 defeat.

And he will hope to lay a marker down when they take on Les Bleues at the Stade de la Rabine under the lights on Saturday, with kick-off at 9pm local time.

France emerged with a 50-0 victory the last time these two sides came face-to-face in the Women’s Six Nations before going on to finish runners-up behind England.

Annick Hayraud’s side last won the title in 2018, securing the Grand Slam in the process, and will have their eyes on wrestling the crown away from the Red Roses this year.

First, they must finish top of a Pool B which includes Wales and Ireland though as Gaëlle Hermet leads a team full of experienced campaigners such as Pauline Bourdon and Coumba Diallo.

Hermet captains France from the back row alongside Céline Ferer and Emeline Gros at No.8 while Diallo is joined by Madoussou Fall in the second row for the hosts.

Les Bleues' front row is made of experienced trio Annaëlle Deshaye, Agathe Sochat and Clara Joyeux, with Bourdon getting the nod at scrum-half ahead of Laure Sansus.

Bourdon will link up with Morgane Peyronnet in the half-backs as Gabrielle Vernier and Maëlle Filopon start together in midfield and uncapped Emilie Boulard starts at full-back.

Rose starts at tighthead prop alongside Caryl Thomas - winning her first cap since March 2019 - and Kelsey Jones in the front row, while Roberts take the No.9 jersey in Vannes.

Teleri Wyn Davies makes her first international start in the second row and Megan Davies could be set for her Wales bow having been named among the replacements. 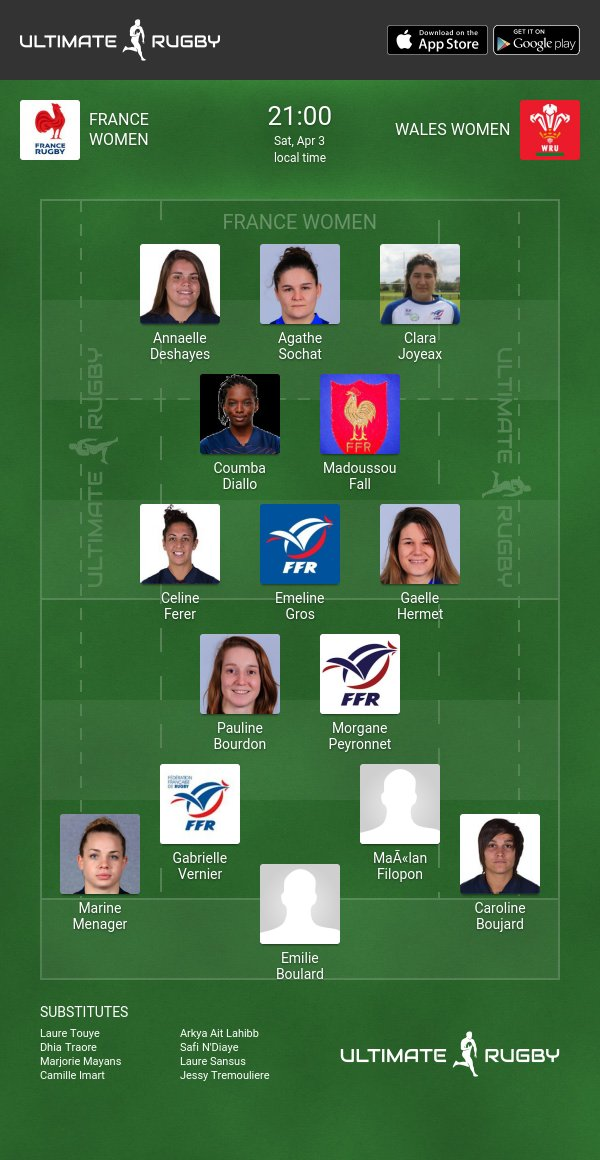 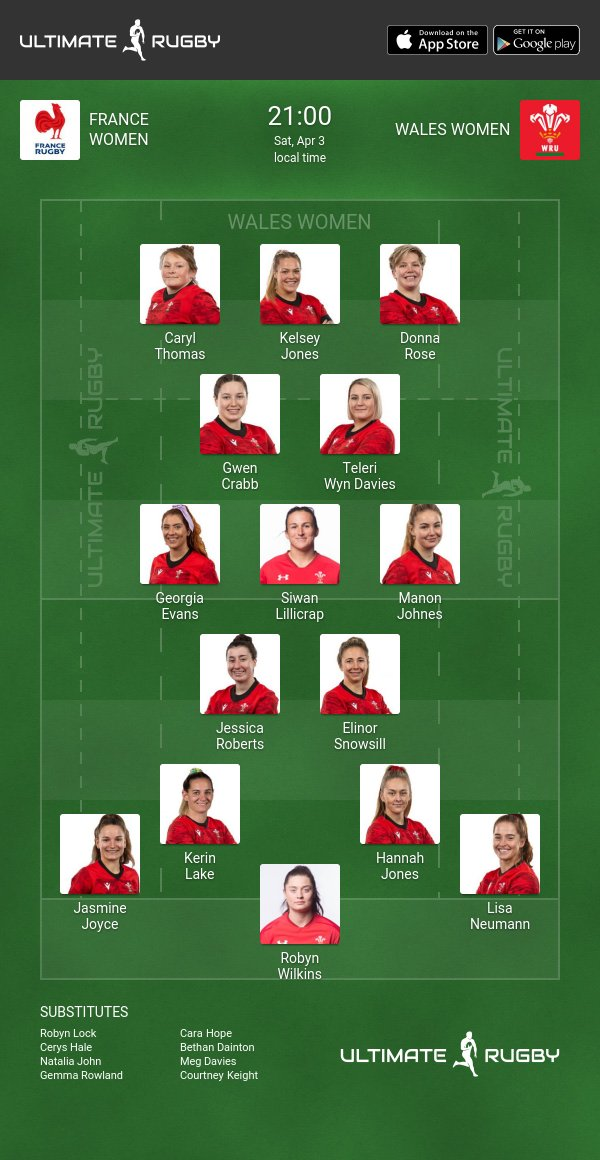