With the PRO14 returning this weekend we preview Conference A and give a few predictions on how each side will progress throughout the season and identify a few players who are set for big seasons. 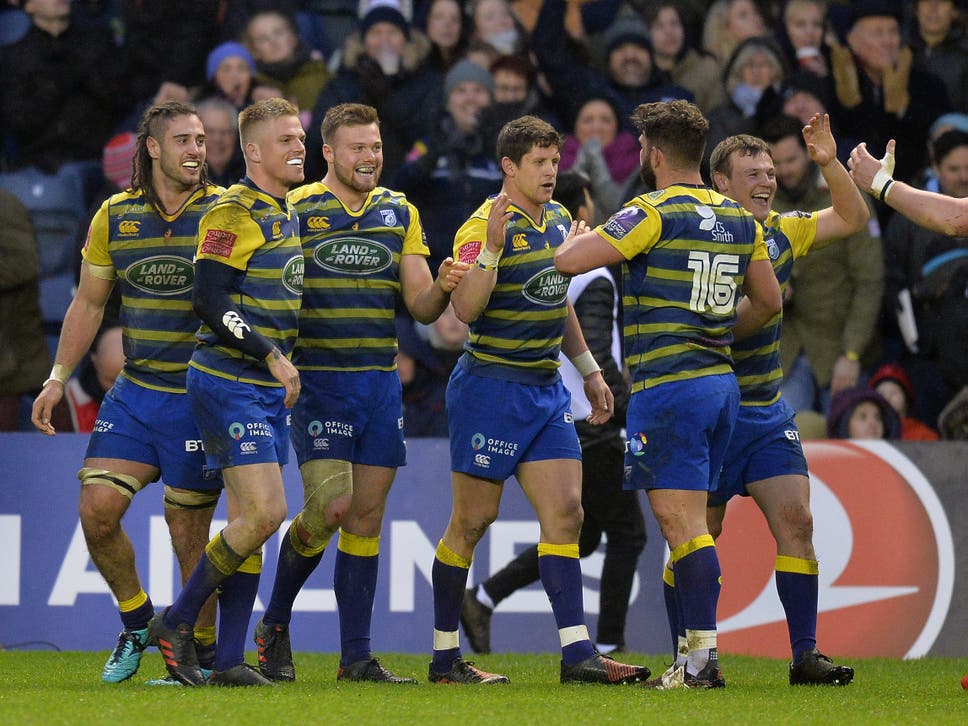 Last Season: 4th in the conference

Forward to Watch: Ellis Jenkins heads into this season off the back of an impressive June Series with the national side and expect the 25-year-old to continue that form as he turns his attentions to securing a place in the national side ahead of the World Cup while filling the void left by Sam Warburton. Alternatively, Samu Manoa is another forward to keep your eye on.

Back to Watch: 21-year-old Jarrod Evans finished the 2017/18 season in style and expect him to kick on this season. The former Wales u20 flyhalf will push Gareth Anscombe for a starting jersey with the more experienced head of Anscombe likely to donne the 15 jersey.

Young Player to Watch: Owen Lane, the 20-year-old burst onto the scene halfway through last season and forced his way into the starting XV for the Challenge Cup final.

Predicted Finish: 4th in the conference, we are predicting a higher points tally for Cardiff Blues but just not enough for a playoff spot. 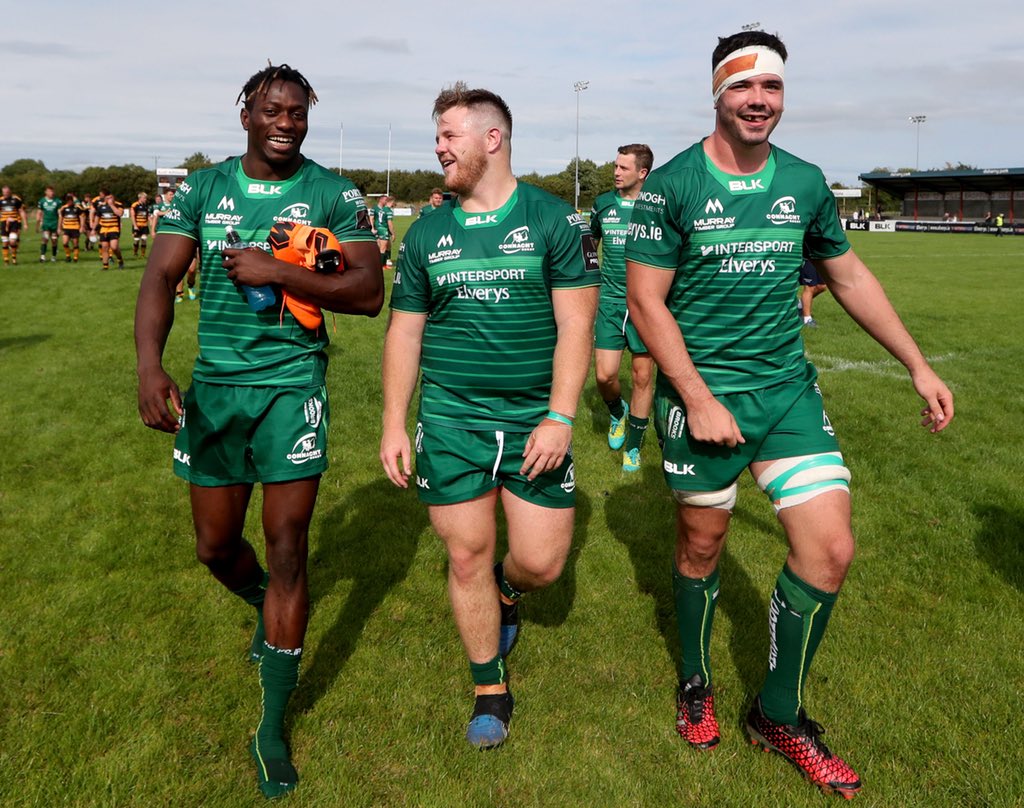 Last Season: 6th in the conference

Forward to Watch: New signing Colby Fainga'a is likely to make an immediate impact and has plenty to offer his new side with pundits struggling to separate him and Michael Hooper as youngsters.

Back to Watch: Tom Farrell beat more defenders than any other Connacht player last season and will form strong partnerships with Bundee Aki and new signings David Horwitz and Kyle Godwin.

Young Player to Watch: Young tighthead Conan O’Donnell is likely to make an impact in his first full season with the side, the young prospect showed his promise with the Academy and made his debut against Munster last season.

Predicted Finish: 5th in the conference, we are predicting an improved Connacht this season that will come close to a playoff spot but fall just short alongside Cardiff. 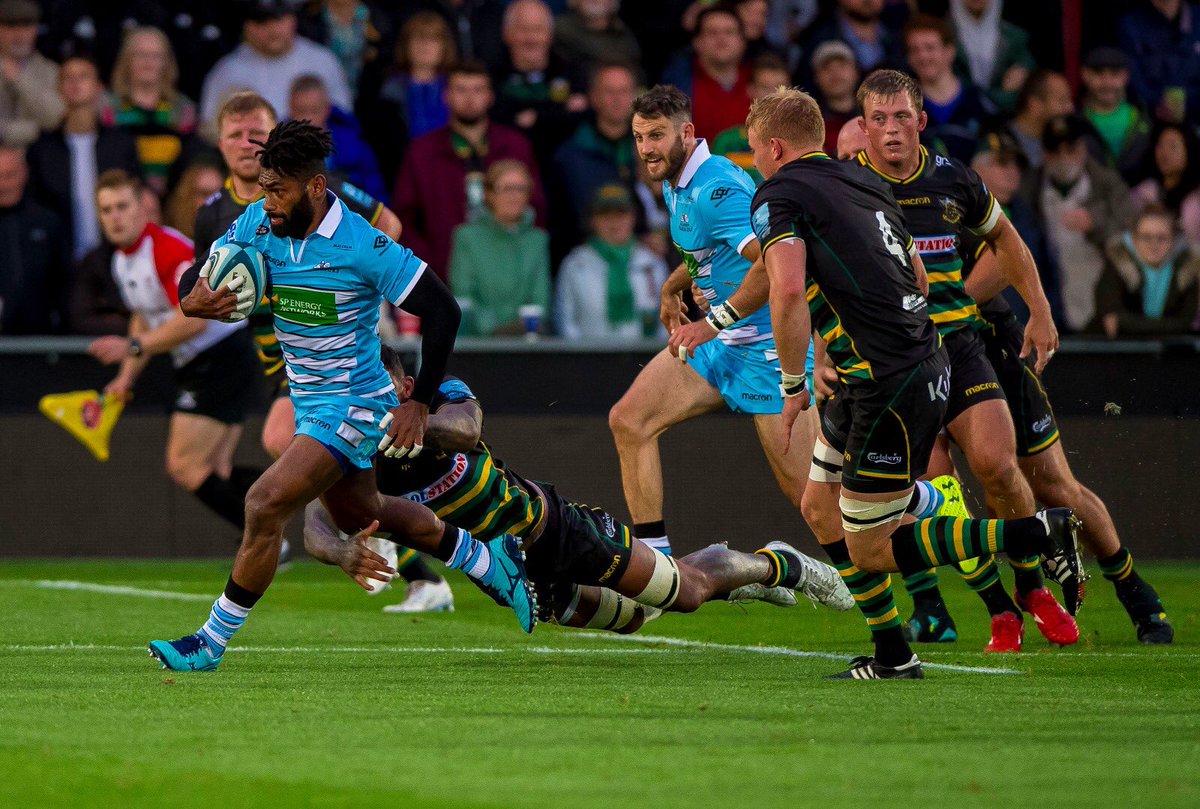 Forward to Watch: Having made a permanent switch from Edinburgh, George Turner is likely to continue his fine form that earned him a test call up last season

Back to Watch: Nick Frisby is likely to make a big impact for his new side whether he is playing scrumhalf or flyhalf while DTH van der Merwe was exceptional on his return to Glasgow last season.

Young Player to Watch:  The departure of Finn Russell has left an undeniable void in the Warriors side and Adam Hastings could be the fly-half’s successor in the side. Hasting has already made test debut and could excell in the starting role with Glasgow.

Predicted Finish: 2nd in the conference, although Dave Rennie's charges were exceptional last season we expect them to make the playoffs with relative ease but just miss out on top spot to Munster.

Glasgow Warriors scored more tries than any other side in Conference A last season. 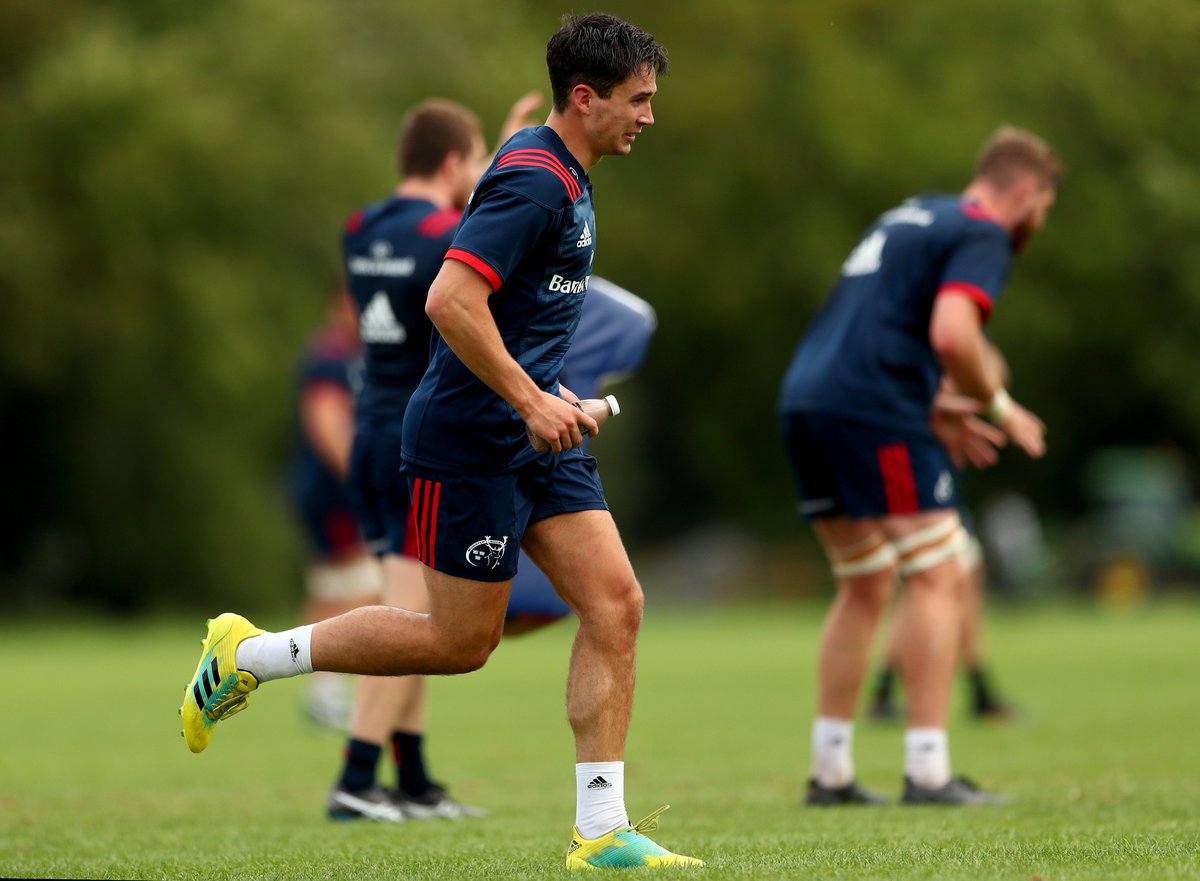 Forward to Watch: Signing on from Scarlets, Tadhg Beirne is likely to make a similar if not bigger impact at Munster after making the second-most tackles in the Scarlets squad (163) and won more turnovers (37) than any other player last season.

Back to Watch: Joey Carbery will rival Ian Keatley and J.J. Hanrahan for a starting spot at Munster. The new signing from Leinster is likely to make the most of his opportunities and is likely to establish himself as the side's go to no.10.

Predicted Finish: A top spot finish in the conference beckons for Johan van Graan's side after retaining the vast majority of his side while adding players in key positions. 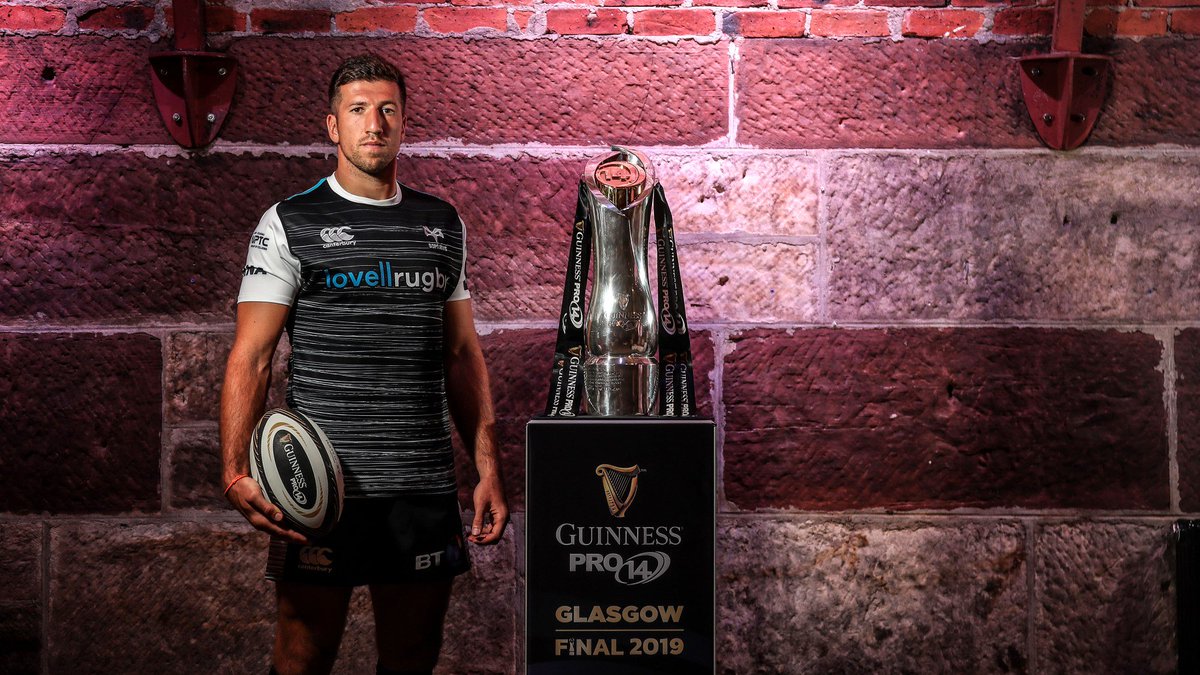 Last Season: 5th in the conference

Forward to Watch: Olly Cracknell enjoyed a fine 2017/18 season topping the tackle count in the Ospreys and weighed-in with a number of turnovers. New prop Tom Botha is another front rower to watch after shinning for the Cheetahs last season.

Back to Watch: George North is the obvious choice with the winger bringing undeniable quality to the Ospreys backline. His fellow Welsh International Scott Williams is another player to keep an eye on.

Young Player to Watch: Former young player of the year Sam Davies could take on a starting role following the departure of Dan Bigger, while 19-year-old Cai Evans could make his mark on the side this season.

Predicted Finish: Although have added a few quality players to their squad they have lost key players and we predict they will finish 6th in the conference this season. 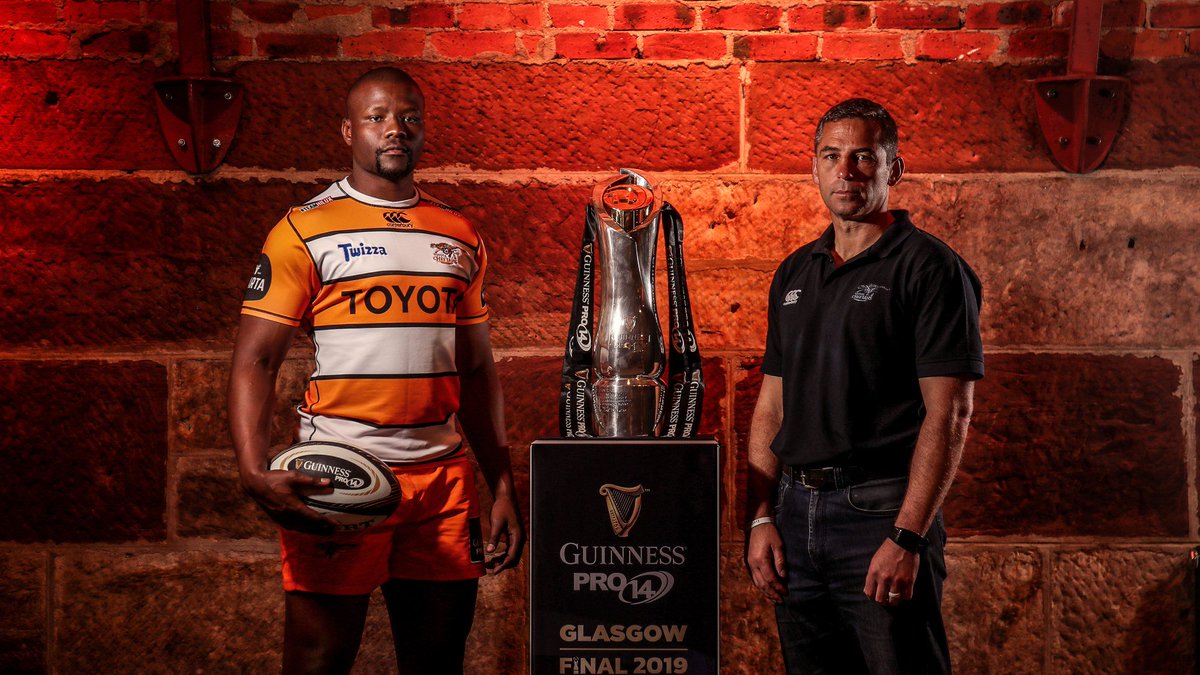 Last Season: 3rd in the conference (beaten in the playoffs)

Forward to Watch: Ox Nche made his test debut against Wales in June and the lively loosehead will look to further impress in his second season in the PRO14.

Back to Watch: Springbok scrumhalf Rudy Paige will look to make his mark on the Cheetahs squad after leaving the Bulls on poor terms last year.

Young Player to Watch: 23-year-old fullback Malcolm Jaer is likely to fill the void left by Clayton Bloometjies. Jaer has an exceptional turn of pace and all the attributes to thrive in this Cheetahs squad.

Predicted Finish: The Cheetahs have lost a large portion of their squad since last season but are renowned for being able to rebuild quickly, therefore we predicted they will once again finish in a playoff spot (third). 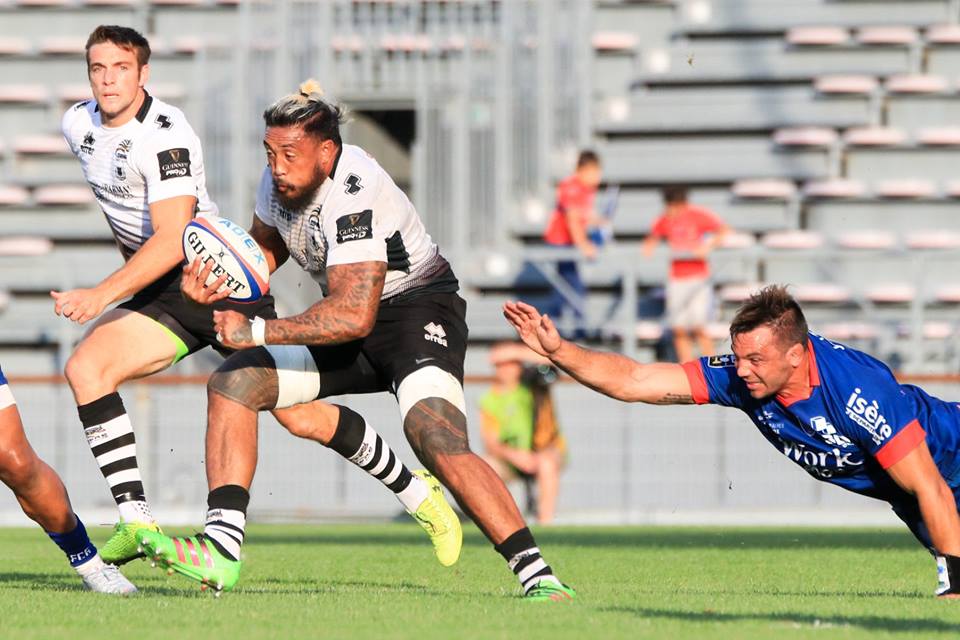 Last Season: 7th in the conference

Forward to Watch: 21-year-old Giovanni Licata has been tipped as a potential long-term replacement for Sergio Parisse in the national set-up and it's easy to see why. Licata is a hard-hitting tackler and carries the ball well.

Back to Watch: Carlo Canna finished behind John Cooney on the overall points scored last season and will face tough competition in new signing Francois Brummer. The Italian international will also be fighting to establish himself as Italy's first choice no.10.

Young Player to Watch: Giovanni D'Onofrio was outstanding for the Italy u20s that picked up unlikely victories over Argentina and Scotland during the U20 Championship earlier this year and could force his way into the side this season.

Predicted Finish: Although there are positive signs of improvement by Zebre it's unlikely they will finish higher than 7th in the conference.