Saints and Falcons to do battle at Franklin's Gardens

he Falcons swoop into Franklin’s Gardens in search of their second victory of the campaign as they square off against the Saints.


Falcons are coming off a fairly heavy defeat against Saracens last weekend:


Saints, on the other hand, managed a victory over Wasps on the latter’s home turf:

Director of Rugby Phil Dowson has made six changes to his Northampton Saints side for this weekend’s Gallagher Premiership clash against Newcastle Falcons, with Ollie Sleightholme bringing up his 50th Club appearance and Rory Hutchinson, David Ribbans and James Grayson all returning to the starting line-up.

The men in Black, Green and Gold have won seven of their last eight matches at cinch Stadium at Franklin’s Gardens in all competitions, and will be looking to add to that tally on Saturday afternoon (kick-off: 3pm).

Saints enter the clash sitting sixth in the standings, but will be wary of a dangerous Newcastle side who have upset Northampton on six of the last 12 meetings between the clubs in all competitions.

Fraser Dingwall will captain the side and is joined in the midfield by Scotland international Hutchinson, while Tom Collins also comes into the starting XV on the wing with half-centurion Sleightholme and fullback George Furbank keeping their places in the back three from last weekend’s win over Wasps.

James Grayson starts at fly-half for Northampton, replacing the injured Dan Biggar, but Alex Mitchell continues in the No.9 jersey for the sixth straight league match.

Meanwhile there are also three changes in Saints’ pack as No.8 Juarno Augustus returns to the back row, with Aaron Hinkley outside him at flanker and Ribbans coming into the engine room.

Alex Coles – scorer of two tries last time out – continues on the openside flank and Alex Moon keeps his place in the second row as well, with the front row also unchanged as props Alex Waller and Paul Hill pack down either side of Sam Matavesi.

There’s plenty of experience packed onto the hosts’ bench as internationals Lukhan Salakaia-Loto, Lewis Ludlam, Matt Proctor and Callum Braley will look to make an impact later in the contest, while England Under-20s fullback George Hendy is set for just his second Gallagher Premiership appearance if he enters the action. 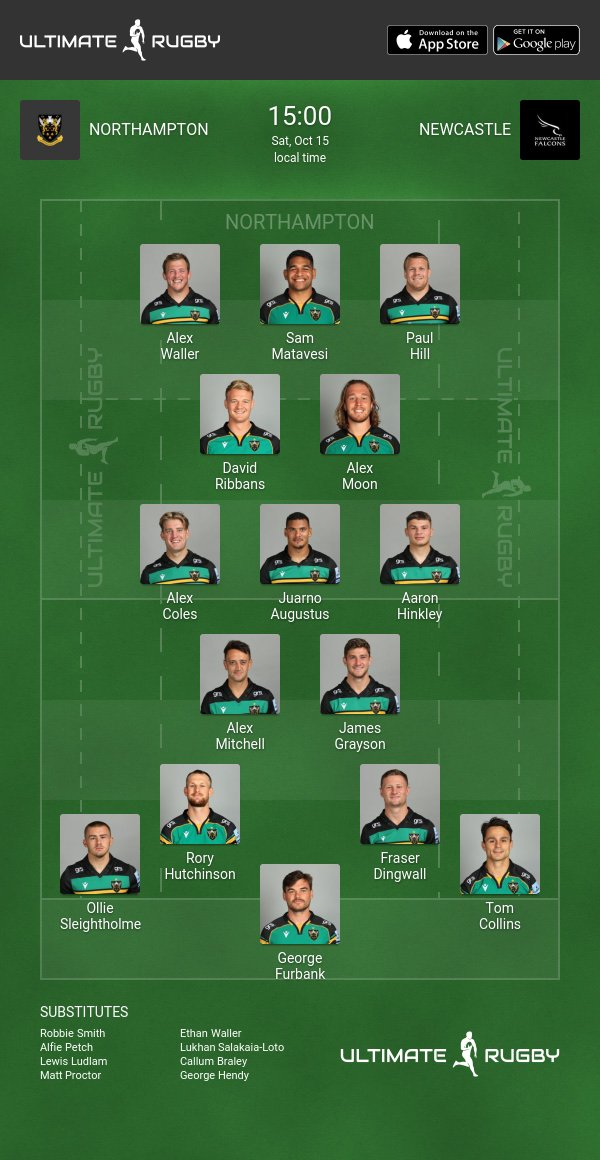 Sebastian de Chaves starts for Newcastle Falcons on Saturday when they make the Gallagher Premiership trip to Northampton Saints.

The experienced lock comes into the side in place of Greg Peterson, with Tom Penny and George McGuigan named as co-captains in the absence of Will Welch.

Freddie Lockwood makes his first start of the season at No 8 as Callum Chick joins the Falcons’ injured list, while Matthew Dalton makes his Premiership debut in the second row.

There is a return at fly-half for fit-again Brett Connon who needs just two points to reach the 300 mark in Falcons colours, with Ben Stevenson and Pete Lucock coming into the centres.

Argentina’s Mateo Carreras continues on the wing after a start to the season which has seen him beating more defenders than any other player in the Gallagher Premiership (18), scoring four tries in his four games.

On the bench there could be a first team debut for 19-year-old flanker Guy Pepper with head coach Dave Walder looking forward to going up against former house-mate Phil Dowson, who is now the Saints’ director of rugby.

Walder said: “Dows and I always hated playing against each other because we’re such good mates, and one of us has to lose.

“I’ll probably go for dinner with him the night before the game or at least pop round to see him and his family, and we’re pretty relaxed about it. We’re both professional though, and once it’s game day then your full focus is on doing everything you can to give your team the best possible chance of winning.

“You’re not thinking about the fact you shared a house for four years or that he’s godfather to one of your kids, because you’re just concentrating on doing your own job. I don’t think we’re going to be having any scraps on the touchline, but the occasional barbed comment might come out just to see how he takes it!”

Newcastle were beaten away to Northampton on the final day of last season having won on their previous three league visits, Walder saying: “It’ll be hard to stop them, but if we get our own stuff right then we’ll cause them some problems.

“Northampton have the most offloads in the Premiership, they’re playing with confidence and they have good individual threats who like to move the ball. They’ve recruited really well in their forward pack to add a bit more grit and ball-carrying threat, and we know they will challenge us.

“We’re confident we can challenge them back in certain areas, and up until last season when they needed to win to have a chance of getting into the play-offs we’ve had a good record down there in winning our last three or four league games. We nicked a couple of those with last-minute tries through the likes of Mark Wilson and Nili Latu, and our record there is actually pretty good.

“I think Northampton would be the first to admit they’ve been a bit inconsistent this season. They play a great style of rugby and move the ball really well, they’ve got an exciting group of backs and a bit more punch in their forwards now. Those forwards create a lot of space for them, and it will be a great test for us going down there.” 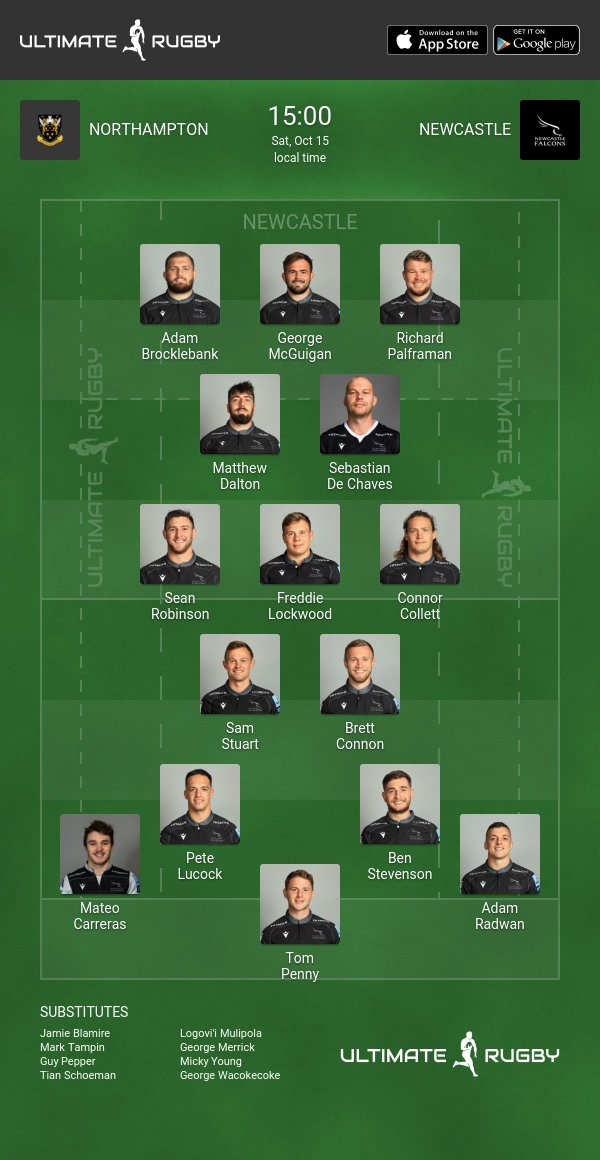