Six under the radar performances in Round 1 | Six Nations 2021

The Six Nations returned just over three months after the conclusion of the 2020 edition of the tournament.

The opening round did not disappoint as a ruthless France put Italy to the sword racking up 50 points in Rome to the hosts 10. Later the same day Scotland silenced England and ended their hopes of a Grand Slam with their first victory at Twickenham since 1983. Wales took advantage of Peter O'Mahony's early dismissal and survived a fightback from 14-man Ireland to start their Six Nations campaign with a 21-16 win in Cardiff.

The opening round was lit up by the likes of Antoine Dupont, Teddy Thomas, Hamish Watson, Stuart Hogg, Cameron Redpath, CJ Stander, Justin Tipuric and Louis Rees-Zamitt - to just a few - but there were a few performances that didn’t quite get the praise they deserved. In an attempt to rectify this, we have picked out five performances that flew under the radar of the media and public. Virimi Vakatawa’s absence in the French backline was hardly noted in Rome. While this was partly down to Dupont’s brilliance and France’s demolition job, a large part of the credit has to go to former France u20s captain Arthur Vincent. At 21, Vincent is already a leader at his club Montpellier and it’s easy to see why with his calmness on the pitch and coolness beyond his years.

Vincent showed off the best of his qualities against Italy putting in a stellar defensive shift making 15 tackles at a 94% success rate. It wasn’t just defensively where Vincent shone as he managed to beat five defenders making over 60 running metres in the process. He also rounded off a lovely try with his hard work and determination seeing him get on the end of a lovely offload from Dupont.

Although the young centre did make our team of the week, we felt his performance still didn't quite get the praise it deserved. Staying in the midfield in Rome, Brex made a real mark on his test debut. At 28, the Argentine-born midfielder was handed a starting debut as Carlo Canna moved to the bench. Linking up with his fellow Benetton back, Paolo Garbisi, Brex formed a wonderful partnership with Garbisi on attack and made inroads into the outstanding French defence.

While France’s attack plunged holes into Italy’s defensive wall regularly, Brex was sound on defence making 10 of his 11 attempted tackles.

Shifting to outside centre in the latter stages of the game did little to no damage to his performance as he finished the game with 88 running metres and two clean breaks. His 7 passes and 13 carries also displays a nice variety to his game which will bode well for Italy going forward. 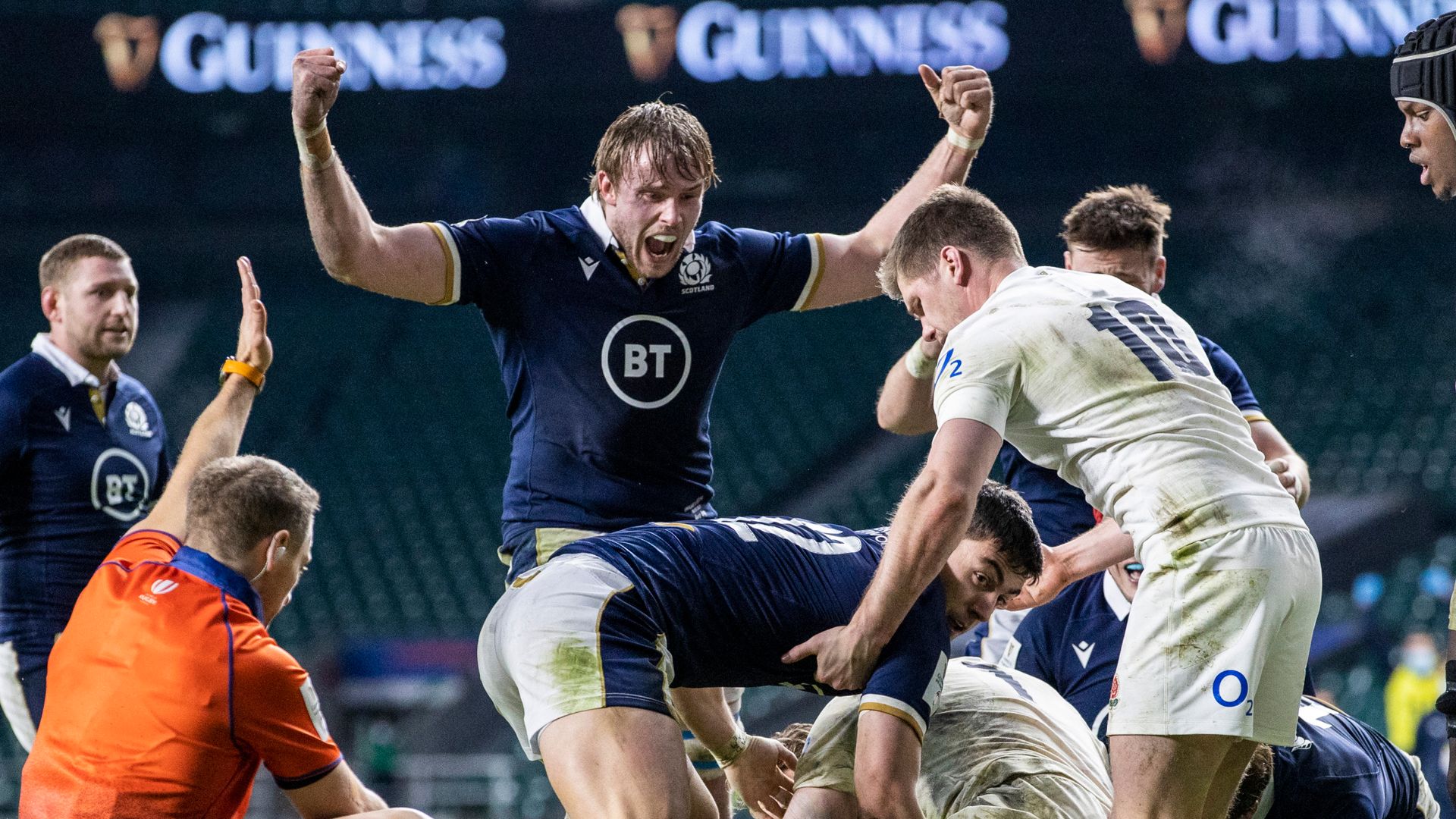 It’s not often that a big performance from Jonny Gray goes relatively unnoticed but that seems to be what happened in Scotland’s historic win.

A towering presence on the pitch, Gray is known to rack up massive carries and tackles statistics on a regular basis which could explain why his performance went somewhat under the radar as it has become a norm to all onlookers.

While the performances of Redpath and Hogg stole the spotlight, Gray’s performance was just as vital. Scotland had the lion’s share of possession for most of the game, Gray still managed to make 12 tackles, without missing, and forced a turnover. He also contested England’s lineout superbly, coming up with a steal at the set-piece. While often running into a wall of England defenders, Gray still managed to make 18 metres from his 16 carries often taking the ball into more than one defender and was still able to generate quick ball. 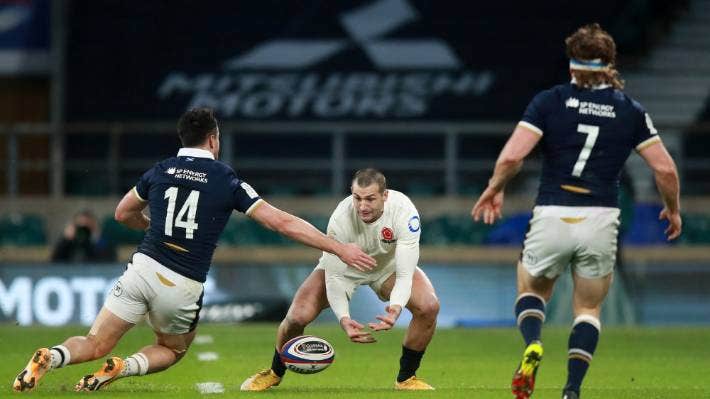 England’s Saracens players were widely criticized after the game for looking off the pace having not played since the Autumn Nations Cup. While some of that criticism may have some basis to it, it does not extend to Scotland’s Saracen Sean Maitland.

While Duan van der Merwe grabbed the attention for his fine finish in the first half, the try was in fact created after an excellent chase and tap back from Maitland on a Finn Russell up and under. The Scottish winger beat Owen Farrell in the air to tap the ball down to Matt Fagerson and even made the clear out on Henry Slade, who did his best to slow Scotland’s attack down.

Early on in the game he also chased an excellent grubbed from Russell and almost created a try as he managed to stay infield and offload the ball to Russel who was just unable to hold onto the pass.

He chased Scotland’s kicks well all game and gave Jonny May little time on the ball each time he touched the ball. On the opposite side of the high ball, he was safe and secure and often made ground once fielding a kick - mostly from Ben Youngs’ boot. A second test match and second start for the new Italian speedster. The nephew of former Wallaby winger Digby Ioane, Monty is showing that some of the attributes on in the genes.

Ioane had some wonderful touches in the opening game of the Six Nations and against another team he may well have scored two or three tries. Only Ireland's James Lowe (116) made more running metres in the opening round than Monty Ioane (92) with Italy's speedster also managing to beat six defenders, a tally only beaten by Stuart Hogg and Teddy Thomas.

While France managed to run in seven tries, there was little to fault in Ioane's defence effort as he made all of his attempted tackles but was caught out of position once or twice. There is plenty more to come from Monty this Six Nations and don't be surprised to him see him mentioned, at least, in a few teams of the weeks going forward. Thrown into the deep end after just 24 minutes following an injury to James Ryan, Henderson stepped up to the plate and took his opportunity with both hands.

Having last played in the Autumn Nations Cup clash in December, Henderson showed little sign of rust. He made a few hefty tackles despite Ireland dominating possession while he was also key to Ireland's defensive lineout effort.

The 28-year-old was menace over the ball-winning three turnovers and also produced with ball in hand making 10 carries as he shared the carrying duties with Beirne with Ryan off the pitch. He also made three passes.

With Ryan potentially missing Ireland's next Six Nations' clash with France, Henderson put his hand up for selection impressing along side Beirne in defeat. Overall Ireland actually played well but the man disadvantage for that period of time hamstrung too much.