Boyd’s side head into their third consecutive European quarter-final since the Kiwi coach took the reins, but their first on home soil since 2014, and welcome the Ulstermen to Franklin’s Gardens tomorrow for the first time in eight years.

Saints and Ulster have not locked horns in a competitive clash since the reverse fixture in 2012, and have an almost 50/50 record in their previous meetings – but it was Northampton who ran out victors the last time the sides met in a quarter-final, a decade ago to the day.

However, with Ulster having won five of their last seven matches on the road against English opposition, Saints will have their work cut out if they are to reach their first European semi-final since lifting the Challenge Cup trophy in 2014.

Club co-captain Ludlam returns to the side at flanker alongside Isiekwe, with the pair joining in-form Teimana Harrison in the back row, while Ribbans also comes back into the starting line-up to partner Alex Coles in the engine room.

Alex Waller leads the side alongside Ludlam from loosehead prop, with Sam Matavesi and Paul Hill selected alongside him in a new-look front row.

Alex Mitchell retains the No.9 shirt and is joined in the half-back berths by Biggar, who shakes off an abdominal injury to start at fly-half for the first time since returning from international duty.

Ollie Sleightholme and Taqele Naiyaravoro continue on Saints’ wings and Rory Hutchinson shifts to outside centre to make room for the returning Piers Francis in the hosts’ midfield, with Tommy Freeman meanwhile rounding off the side at fullback.

Prop Ehren Painter is set to make his 50th appearance in Black, Green and Gold from the bench, while Alex Moon, Tom Wood, Tom James and Fraser Dingwall will also look to make an impact from amongst the replacements. 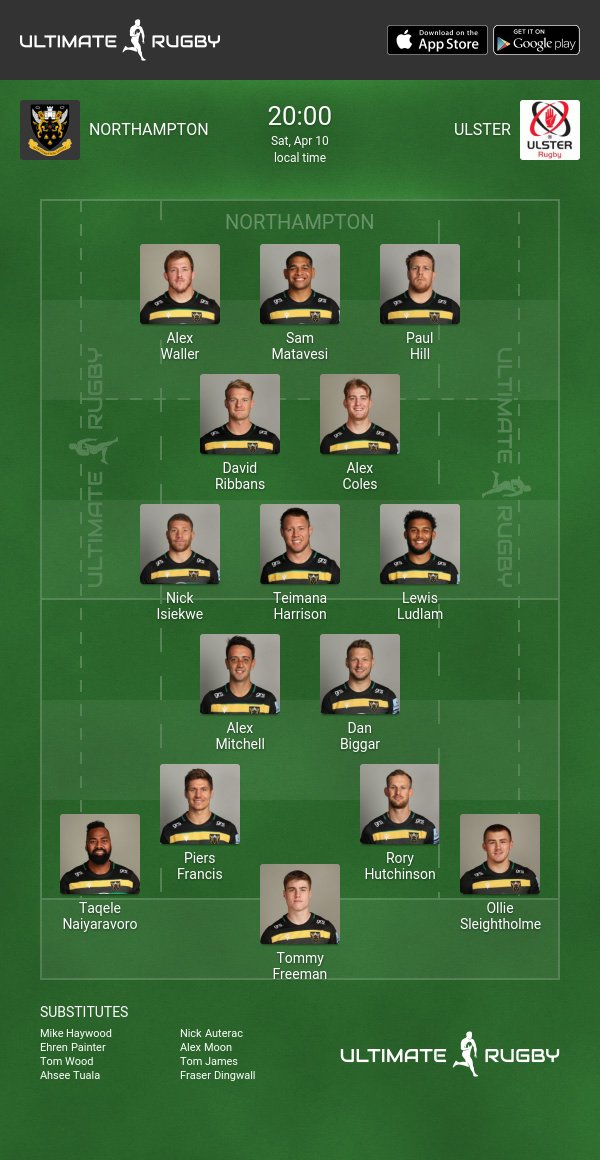 The Ulster coaching team has named the match-day squad for the trip to face Northampton Saints at Franklin’s Gardens on Saturday.

Michael Lowry is named to start at full-back, and is joined in the back three by Jacob Stockdale and Robert Baloucoune. Stuart McCloskey and James Hume will form the midfield duo, and Billy Burns and John Cooney are the starting half-backs.

In the front row, Eric O’Sullivan, Rob Herring and Marty Moore retain their starting berths. Alan O’Connor will partner Kieran Treadwell in the second row. Last week’s Player of the Match, Sean Reidy, will start at blindside flanker, with Jordi Murphy skippering the team at openside and Nick Timoney at Number Eight.

John Andrew, Andrew Warwick, Tom O’Toole, Matty Rea and Greg Jones will provide the forward reinforcements from the bench, with Alby Mathewson, Ian Madigan and Ethan McIlroy named as the back line options. 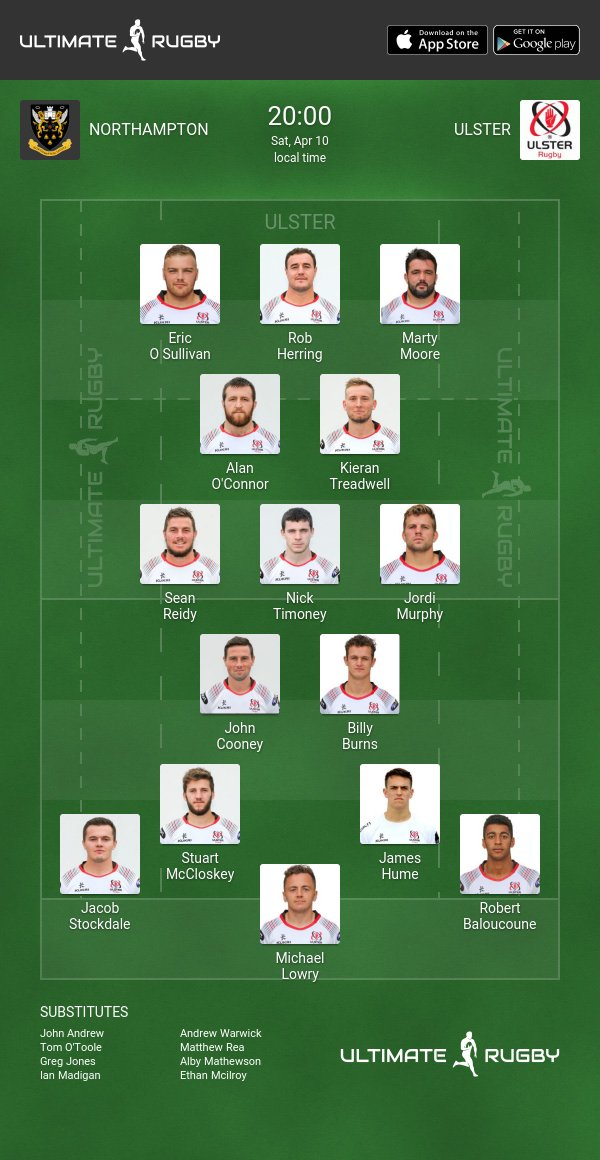