The Scots square off against Fiji for the ninth time

For the ninth time in their histories, the Scots and Fiji will lock horns, this time at Murrayfield.

Fiji will have braced themselves for a backlash from Scotland after the latter came agonisingly close to toppling the Wallabies last weekend, the final whistle sounding with the score at 16-15:

The Fijians will be opening their Autumn Nations Series campaign. Head Coach Vern Cotter is no stranger to Murrayfield, having coached Scotland from 2014-2017. When asked earlier this week if he harbours a desire to return to the country to coach again, Cotter said:

“It is the old saying in life of ‘never say never’ – but it is highly unlikely,” he says. “I’ll definitely come back to Scotland to go fishing and hunting in the Highlands, or to catch up with some friends, but professionally … rugby-wise … things have moved on.

“I have some really good memories from here, for myself and my family,” he adds. “I am catching up with friends this week who I haven’t seen for a couple of years which is always very nice. As soon as I got out of the airport at Edinburgh it was so familiar. I was back in Scotland but coaching another team, but it is nice to be back.

“I’m heading down to the Borders tomorrow. I’m going to go shoot some clay birds. I’ve got half a day, so I’ll go get some fresh air, have a bacon and egg sandwich, and talk about the old days. It is funny how the years go past – it flies by so quickly.”

Four of the new faces come in the back division, with Scotland’s record try-scorer Stuart Hogg making a first appearance of the season at full-back and Adam Hastings returning to feature at stand-off against the Flying Fijians.

A new centre partnership sees Chris Harris – who is named as a vice-captain – link up with Cameron Redpath, the latter set to earn a first cap at BT Murrayfield. Duhan van der Merwe and Darcy Graham are selected at wing, with Ali Price continuing at scrum-half.

The pack has two changes from the side narrowly beaten by Australia last weekend, with Richie Gray returning to the international fold for a first start since 2017 and George Turner coming in at hooker. Pierre Schoeman packs down with Zander Fagerson either side of Turner, with vice-captain Grant Gilchrist partnering Gray in the second row.

Captain Jamie Ritchie once more leads a back row that also contains Hamish Watson and Matt Fagerson. Young tighthead prop Murphy Walker is listed among the replacements and the 23-year-old would make his Scotland debut if called upon.

Rory Sutherland, Ewan Ashman, Jonny Gray and Jack Dempsey represent the remaining forward substitutes, with Ben White, Blair Kinghorn and Sione Tuipulotu options in the backs. There are now over 234,000 tickets in circulation for the 2022 Autumn Nations Series, already well ahead of last year’s series record for crowds at BT Murrayfield, with only one game played. 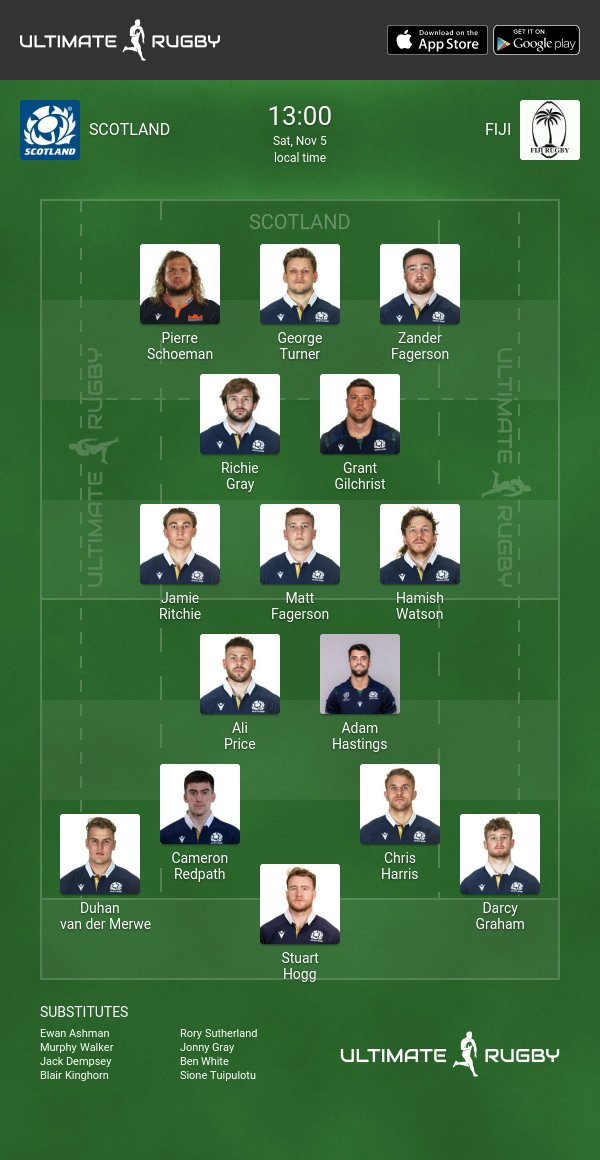 Cotter was asked by the media to comment on the exclusion of Finn Russell from the Scottish squad. Cotter and Russell began their respective Scottish stints in the same season.

“I can’t speak for anybody else, but I’m surprised given the player he is and what he’s contributed to Scottish rugby, it has been very good,” Cotter said. “But that’s not my issue and if he’s not playing against us then that’s one less threat we have to worry about.

“We had a great relationship with Finn. I really enjoyed Finn. That was that era, there’s another one now.”

A huge spanner was thrown in the works of Fiji’s preparation for this game when it was announced that flyhalf Teti Tela could only join the team in Scotland on Wednesday evening.

“We get to the airport on Sunday, and he goes: ‘I can ‘t find my passport’. And I say: ‘No, that’s a joke, mate!’,” Cotter recalls. “So, he hauls everything out of his bag, rings the hotel, rings the bus. Doesn’t know where it is. He had to get a train from Toulouse up to Paris, he is a New Zealand passport holder so had to apply for an emergency passport. He has got it and coming this afternoon.

“It is incredibly frustrating when you want to drive a high-performance environment and you don’t have enough time together to get to the standard we want. We have to be very patient as we have the World Cup next year when we will have time.

“It’s the way it is. How we maximise our time at the moment to get the most out of it is the key.

“We have some great games coming up against Scotland, Ireland and the French Barbarians, so we’ll use those, then our European-based players will go back to their club, and we’ll be feeding them information through the guys I’ve got placed up here to go to the clubs and talk to them.

“We’ll get everyone together when Super Rugby finishes at the end of June, and then we’ve got three weeks to even it out, and then we go.

“We have three games in Fiji. I think we play Japan, Uruguay and Samoa, then shift to France. We have a game against France, a game against England, then go home and come back to France two weeks before our first match against Wales.” 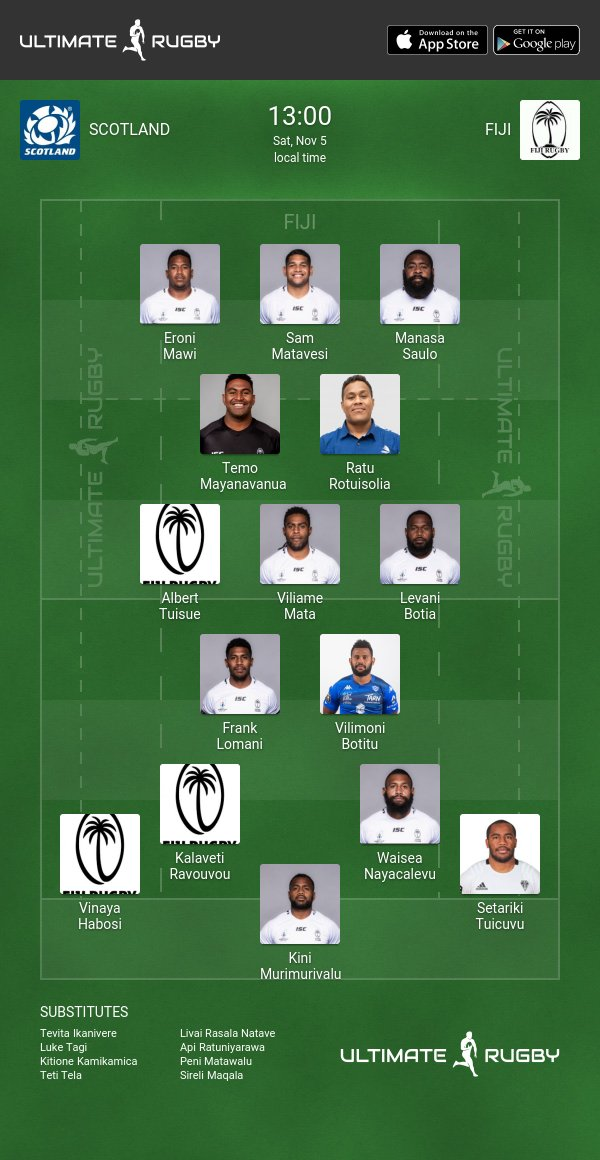 Of the eight previous occasions these sides have met, Scotland have won 6 and Fiji 2.