The Seven Players Set To Make Their Debuts In Bledisloe IV

Test Rugby undergoes a change with the start of every Rugby World Cup cycle and 2020 has been no different for the Wallabies and All Blacks.

Both sides have welcomed new head coaches in Dave Rennie and Ian Foster with both men stamping their marks on their respective teams early on.

Dave Rennie named four debutants in his first game in charge while also starting James O'Connor at first five for the first time since 2013. While he didn't blood any new stars in his second game in charge, he did recall Liam Wright who had just two caps under Michael Cheika. His third game in charge saw another four players earn their test debuts with Noah Lolesio and Irae Simone both starting. Ahead of his fourth test, he has named a test team containing three potential debuts.

Ian Foster has been far more reluctant to blood new players with a large portion of the 2020 Rugby World Cup continuing in 2020. He did hand out three debuts out via the bench in his first game in charge in Tupou Vaa'i, Hoskins Sotutu and Caleb Clarke and a single debut in his second with Alex Hodgman making his debut. There were no new All Blacks in his third test in charge but he has included four for his fourth test.

We take a look at the seven players set to debut this weekend starting with the Wallabies.

The Wallabies have never quite replaced Scott Fardy in their starting XV since his departure to Leinster. Harry Wilson has shown glimpses of what he is capable of at blindside but he looks destined to be the Wallabies long term no.8. Sean McMahon was excellent for the Wallabies but he didn't stick around long enough to feature in the World Cup as he joined Sungoliath in Japan.

Step forward, Lachlan Swinton. Better known in the Waratahs' and Wallabies squad as Lachie, the hard-hitting Waratahs' blindside could finally fill the void left by Scott Fardy if his Super Rugby exploits are anything to go by. Swinton featured in 13 of the Waratahs' 16 Super Rugby games in 2019 but he really came into his own in 2020.

A former Australian u20, Swinton is a product of Sydney’s Northern Beaches and he played his junior rugby for the Wahroonga Tigers, going on to play for his school Knox Grammar as he matured. He quickly became a regular in the Shute Shield Competition in 2017 and by 2019 he was a regular in the Waratahs' squad and earnt the Chris Whitaker Medal for NSW Waratahs Rookie of the Year with the Tahs acting quickly to secure his services until 2022.

Any many ways Swinton is an old school blindside flanker. He is big and tall enough to play in the second row and has done so before for the Waratahs while he spends a lot of his time on the pitch clearing out rucks and making big hits on defence. He is a more than capable ball carrier but he thrives on defence. During the Super Rugby AU season he made 80 carries, 88 running metres while also making 94 tackles and missed 17.

Born in Randwick, Sydney and schooled at the famous St Josephs at Hunter Hill, Wright transitioned back to the 15-man game in 2019 following a stint for Manly Sea Eagles in the National Rugby League. Having played in several positions during his first year back in Rugby, Wright found his home on the wing with his left foot step terrorising defences on the way to the Brumbies Super Rugby AU crown.

After just three tries in 2019, Wright had a breakout season in 2020 on the wing for the Brumbies scoring four in the opening six games of the 2020 Super Rugby season before dotting down 5 times in eight in Super Rugby AU.

Wright's time in Rugby League has seen him become a real threat under the high ball while he is extremely skilful with the ball in hand. Son of former Wallabies Hooker and Queensland Reds Forwards Coach Mark Bell, Angus is continuing in the family legacy packing down in the front row. Coming out of the Saint Ignatius College, Bell captained the Australian Schools & U18s in 2018, Bell’s standout performances in their northern hemisphere tour earned him a contract as a development player with the NSW Waratahs.

A highly-sought-after prop making waves in Australia, he has the ability to play both sides of the front row with his versatility earnt him a 2019 start with the NSW Country Eagles straight out of school. In May 2019, he was named in Australia U20s squad for the World Rugby U20s Championship alongside now fellow Wallabies Fraser McReight and Harry Wilson. He helped the side reach the final of the U20 World Championship and made his Super Rugby debut in 2020 against the Rebels.

Bell is built similarly to former All Black loosehead Wyatt Crockett as he is unusually tall for a front rower. Bell has been used largely off the bench for the Waratahs but has shown his mobility when coming from the pine. He is the youngest member of the Wallabies squad. 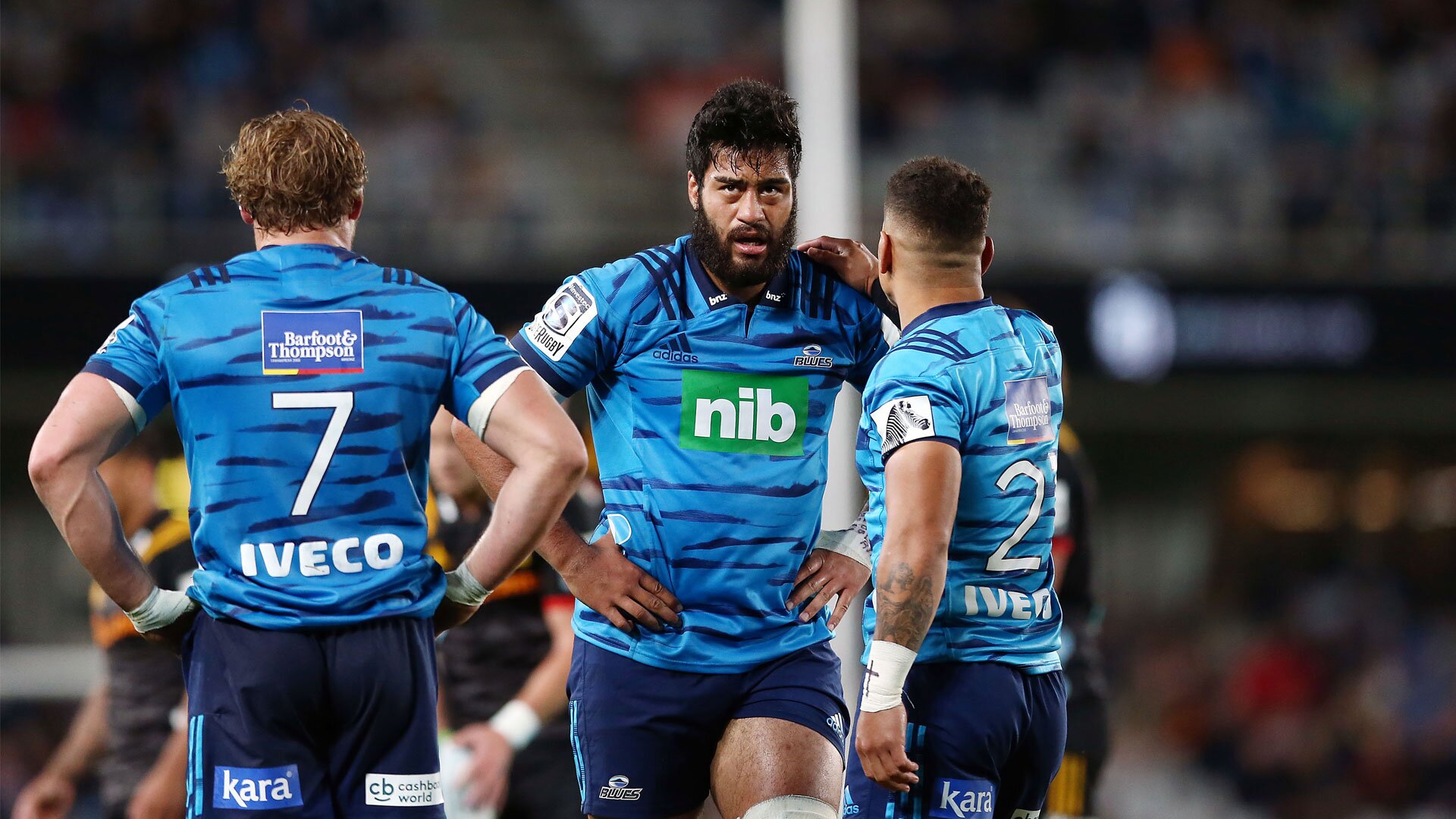 Akira Ioane won't need too much of an introduction after his exploits with the Blues and All Black Sevens. Ioane is the older brother of winger Rieko Ioane with the pair set to play their first test match together against the Wallabies.

A dynamic loose forward, Akira has been a key member of the Blues Super Rugby squad since his debut back in 2015. He has been knocking on the door of the All Blacks for a number of seasons and has even been included in numerous squads without breaking into the 23. A seasoned campaigner with the Māori All Blacks, Ioane brings a physical and imposing presence to any back row. His break into the All Blacks starting line up has finally come thanks to a great 2020 preseason with the Blues and a shift from no.8.

Akira trimmed down ahead of the 2020 Super Rugby season and initially struggled to break into the Blues starting line up due to the rise of Hoskins Sotutu. However, he got back into the side with a shift to blinside flank where he starred for the side during the Super Rugby Aotearoa season. A massive ball carrier, Ioane has also developed his defence game and has become extremely mobile this year. 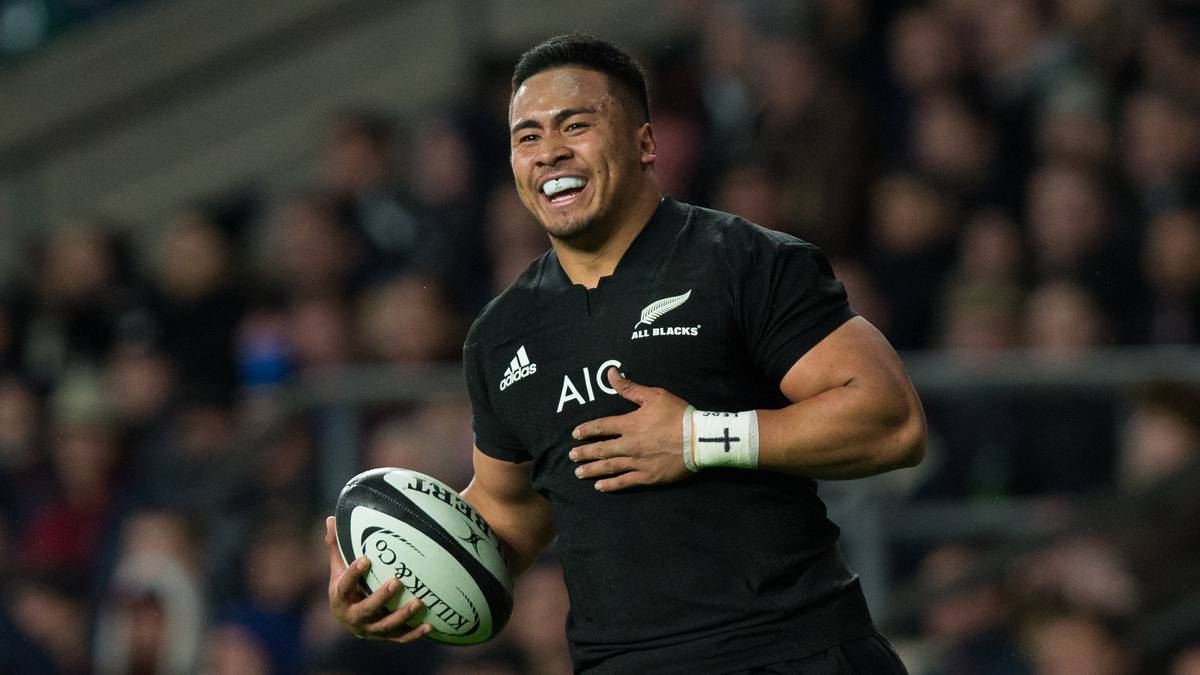 A highlights reel just waiting to happen, Asafo Aumua is another All Black who needs little introduction. The sensational has already compiled a swag of YouTube highlights in his young career with his exploits with the New Zealand under 20s going viral back in 2016 and 2017.

Blessed with pace, power and an explosive nature Aumua is a massive threat each time he touches the ball or steams towards the opposition on defence. Aumua played sevens at schoolboy level and debuted for the Wellington Lions in 2016 in his first year out of school, aged just 19 and was the Lions' leading try-scorer dotting down six times in his 10 games, including a hat-trick against Northland.

His sensational form with Wellington and the New Zealand u20s caught the eye of the All Black selectors who brought him into the squad during the end of year tour in 2017. He become one of the youngest players to represent the All Blacks as he took the pitch against the French Barbarians in an uncapped match.

However, his career has had a few bumps along the way since his breakthrough 2017. He made just four appearances in his debut Super Rugby season with the Hurricanes but increased his tally to 11 in 2019. The hooker struggled with his weight and fitness which he admitted to but has been a standout for the Hurricanes this year. Sharing the starting duties with Dane Coles at the Canes, Aumua made 12 appearances out of a possible 14 over the two Super Rugby competitions scoring three tries while his lineout darts have also come a long way since.

Aumua looks far more prepared to shine at test level this time round and could be in the All Blacks set up for years to come. 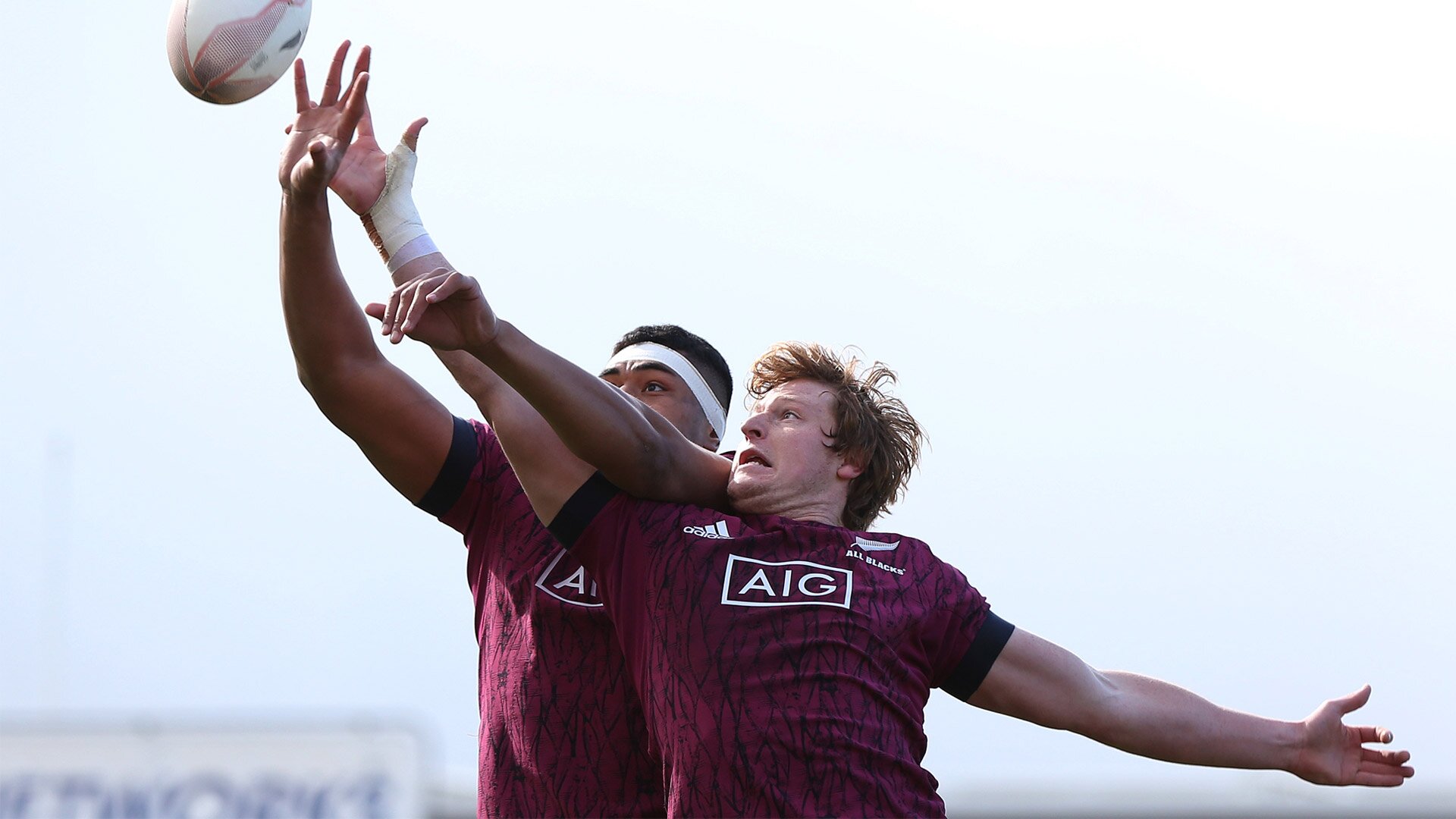 While the Wallabies have struggled to find Scott Fardy's long term replacement, the All Blacks haven't quite replaced Jerome Kaino either. Liam Squire did the jersey absolute no disservice with his Kaino like carries and tackles but the former Highlander had his struggles with injuries and made himself unavailable for the World Cup last year. The likes of Shannon Frizell and Vaea Fifita have had good cracks at replacing Kaino but neither have nailed down the jersey.

However, in Crusaders' blindside Cullen Grace the jersey may well be filled for the long term. Born Hawera, Grace has come through the extremely successful Canterbury and Crusaders ranks captaining the Canterbury Under 19 side in 2018 and going on to play for the New Zealand u20s a year later. Despite being in the Crusaders squad in 2019, he had to wait until 2020 to make his Super Rugby debut and he didn't look back.

He shone in the opening stages of the 2020 Super Rugby season before the competition was called off and was a standout in the first two games of Super Rugby Aotearoa before an injury cut his campaign short. He returned to fitness to feature for Canterbury having already been named in the All Blacks squad and will look to make an impact if he is handed a debut via the bench against the Wallabies.

A hard-nosed no-nonsense and dynamic loose forward, Grace brings plenty of aggression to any pack he features in and is more than capable of slotting in at no.8 or in the second row. Another promising talent off the production line of stellar New Zealand outside backs. Will Jordan is yet another player that needs little introduction thanks to his exploits with the New Zealand u20s, Tasman, Crusaders and his incredible performance in the North v South clash.

Gifted with natural flair and x-factor, Jordan was a key feature in the championship-winning Crusaders backline this year. A product of Christchurch Boy’s High School, Jordan was a member of the 2017 New Zealand Under 20 side that went on to win the World Championship and also made his debut for Tasman later that same year.

A season-ending injury prevented Jordan from making his Super Rugby debut in 2018 but he returned in fine form for Tasman in the 2018 Mitre 10 Cup. He scored 8 tries in just 9 matches in his debut season with the Crusaders and his eye-catching form in the 2019 Mitre 10 Cup season saw Jordan help Tasman to their first-ever premiership title, and that form was carried through to 2020, as Jordan finished the Super Rugby Aotearoa season with the most tries, defenders beaten and metres gained.

Then came a call up to the South Island team for the North v South clash where Jordan started on the wing and combined brilliantly with Josh Ioane to score the all-important match-winner in the 35-38 victory.