Two sides who endured contrasting fortunes last time out kick off Round 4 of the Six Nations Under-20s as Italy take on Ireland.

The Azzurrini go into the clash in buoyant mood having run in six tries during their convincing 43-3 win over Scotland last Thursday, a result which lifted them to fourth in the table.

They will be braced for a sterner test against an Ireland outfit who were beaten by fellow high-flyers England in Round 3 and realistically need a win here to keep their Championship dreams alive.

Richie Murphy’s side will hope to return to the form which saw them win their first two matches with bonus points and should they do likewise against the Italians, they will draw level on points with England ahead of the leaders’ clash with Wales later in the day.

Italy have their own incentive, knowing they could rise to second if they can record a bonus-point win and deny Ireland any match points.

It’s all set up for a cracking first course of the afternoon at Cardiff Arms Park. Full preview via sixnationsrugby 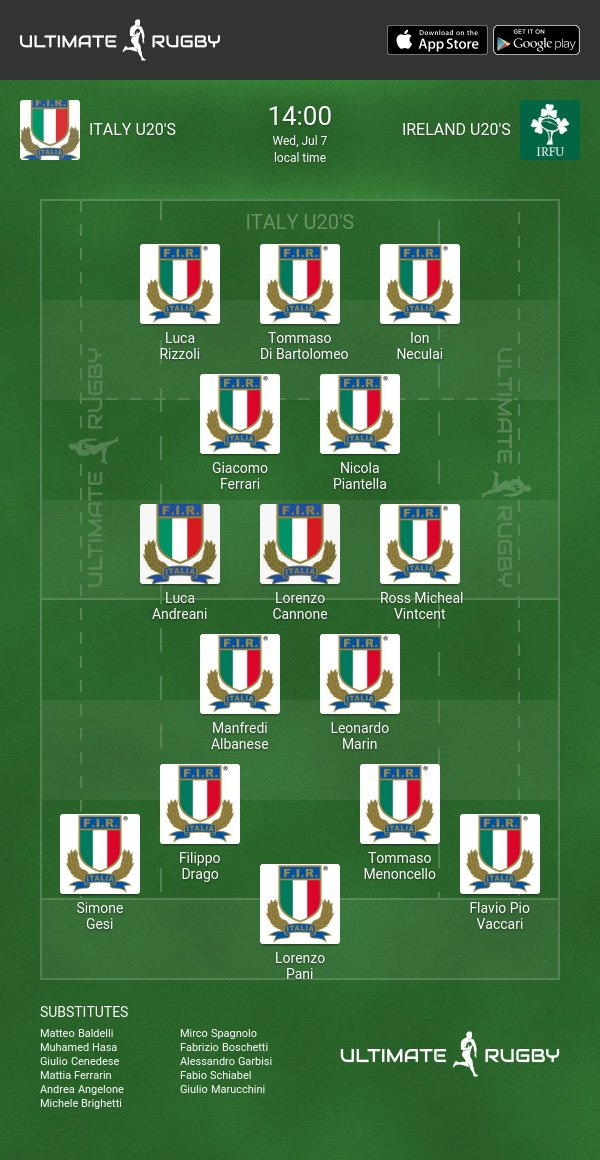 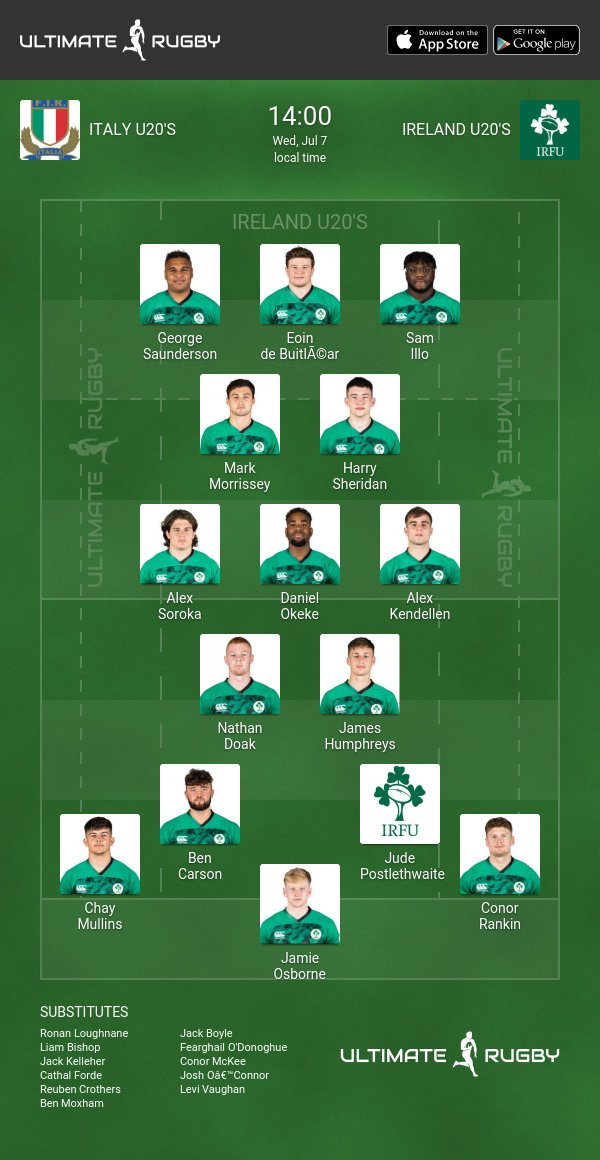 The Ireland U20s team sees captain Alex Kendellen shifts to openside flanker as Murphy manages his resources and makes nine changes in personnel to his starting XV for Ireland’s fourth game of the 2021 Championship in Cardiff.

With Kendellen switching to the number seven jersey, powerful Munster back row Daniel Okeke comes in to win his first start of the campaign at number eight, with Alex Soroka named at blindside as Ireland bid to bounce back from the Round 3 defeat to England.

There are three further changes in personnel in the pack, with George Saunderson and Eoin de Buitléar selected in the front row and Mark Morrissey returning to the second row alongside Harry Sheridan.

James Humphreys has recovered from a facial injury sustained in the opening win over Scotland to start at out-half, while Nathan Doak continues in the number nine jersey. There is a new-look Ireland midfield with Ulster duo Jude Postlethwaite and Ben Carson in line for their full debuts having featured off the bench during the opening three rounds of action.

Leinster’s Jamie Osborne makes his third start of the Championship at full-back, with Conor Rankin and Chay Mullins named on the wings for the meeting with the Azzurri.