Urdapilleta set for first Argentina appearance since 2013
Argentina have made five changes for their meeting with South Africa as Benjamin Urdapilleta prepares for an international return.

Benjamin Urdapilleta is set to make his first Argentina appearance in more than six years in Saturday's Rugby Championship clash against South Africa.

Urdapilleta, 33, has been named among the replacements for the encounter in Salta.

The fly-half, who has played 10 Tests for Los Pumas, last featured for his nation in June 2013.

Argentina have made five changes to the team beaten by Australia, with Tomas Lavanini rested and Agustin Creevy returning from a shoulder injury, while Guido Petti drops to the bench. 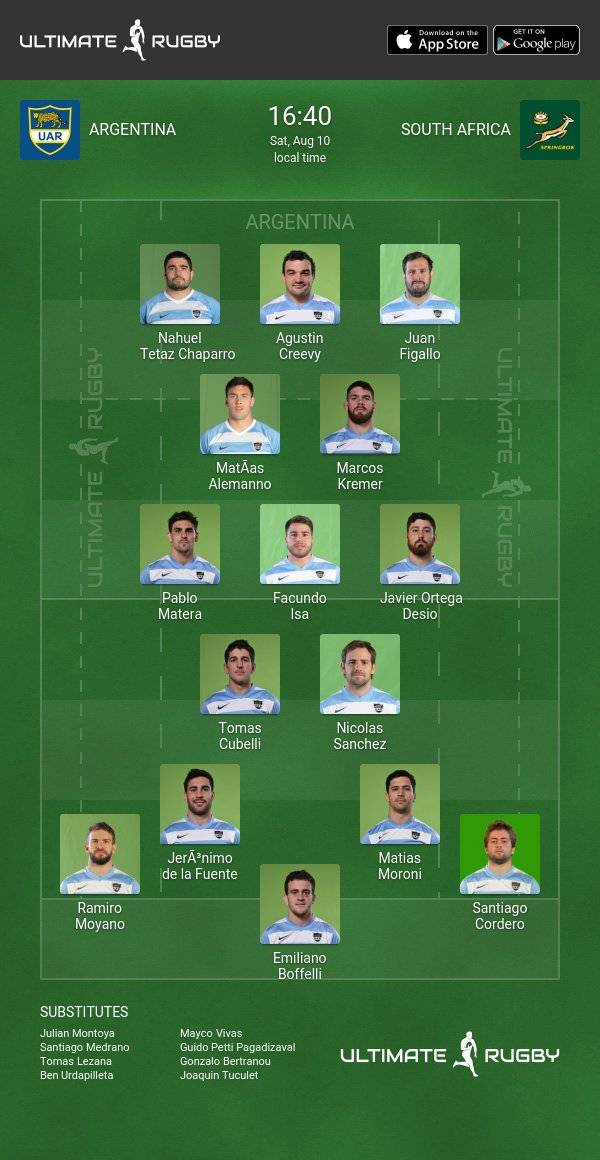 Emiliano Boffelli returns to full-back after missing the 16-10 loss to the Wallabies in Brisbane.

While the Springboks are aiming to win the Rugby Championship, Argentina are searching for their first victory after back-to-back losses.