The Melbourne Rebels have added an international quartet to their squad with the signings of Matt Philip, Billy Meakes, Richard Hardwick and Tayler Adams ahead of the 2018 Super Rugby season.

Wallabies Philip, Hardwick and Meakes will reunite with Head Coach David Wessels until the end of the 2019 season while former New Zealand underage international Adams will get his first shot at Super Rugby.


Wallabies lock Philip will continue his rapid rise in Australian rugby after committing to the Rebels for the next two seasons.

The second rower capped off a remarkable year with a Wallabies debut against Japan after he established himself as the first-choice lock for the Western Force, where he made 10 appearances, including 8 starts, in 2017.

Fellow forward, Hardwick was a mainstay of the Force’s 2017 campaign which saw the versatile backrower appear in all 15 games, and finish the year in third at the club for pilfers and forced penalties.

Hardwick’s meteoric rise in Australian rugby was capped off with two Wallabies appearances in June, including the 23-year-old’s Test debut against Fiji at AAMI Park in Melbourne.

Meakes has kept his Wallabies dream alive ahead of the 2019 Rugby World Cup after he signed with the Melbourne Rebels until the end of the 2019 Super Rugby season.

The hard-running midfielder was named in the Wallabies squad in 2017 after the 26-year-old impressed in his first Super Rugby season with the Western Force, where he started all 14 appearances and finished the year as club’s leader for tackle busts and second for offloads, line break assists and runs.

Rising star Adams has scored his first professional contract with the Melbourne Rebels after the utility impressed with the NRC’s NSW Country Eagles and exhibition game against the Top League’s Toyota Verblitz on Sunday.

The 23-year-old playmaker made 24 appearances for Southland in New Zealand’s ITM Cup, where he made his debut at just 18 years old, before he moved across the Tasman to join the NRC’s Greater Sydney Rams (2015) and Eagles (2016-17).

The former New Zealand U20s representative was awarded the Shute Shield's Player of the Year award, the Ken Catchpole Medal, with West Harbour and finished this year’s NRC as the competition’s fourth leading point scorer. 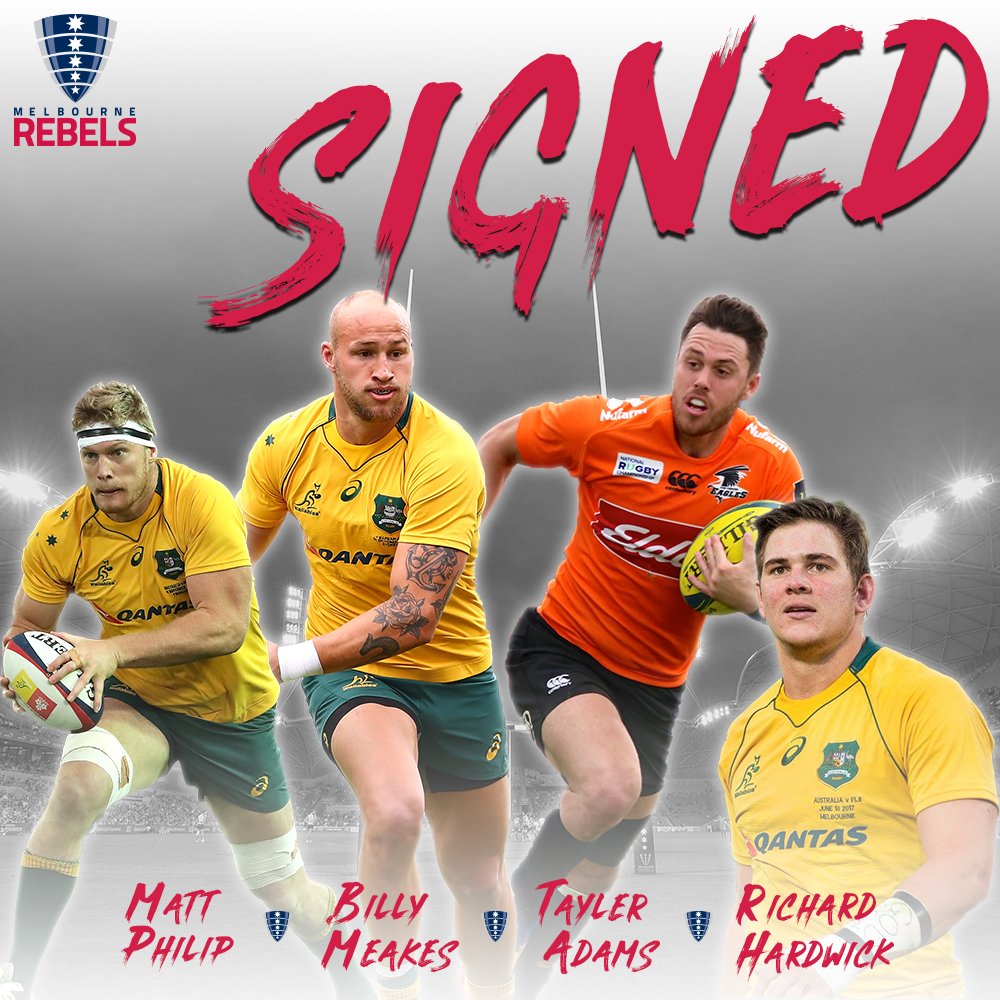