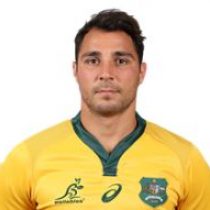 Nick Phipps kicked off his Super Rugby career with the Melbourne Rebels in 2011 but has gone on to become a key player for the Waratahs. He earned his 100th Super Rugby cap in 2017 to join a distinguished group of players. 2017 was also the year in which he captained the Wallabies in their match against the Barbarians in Sydney.

A product of the Sydney University development system, Phipps helped Uni to consecutive Shute Shield club titles in 2009 and 2010. He first debuted on the international stage as part of the Australian Sevens side in the 2009 -10 Sevens World Series. A standout in this format, he was part of the Australian Sevens side that won silver at the 2010 Commonwealth Games in Delhi.

Phipps finished the 2016 Super Rugby season as the winner of the Waratah Medal for on and off field excellence. As well as his full-time professional rugby career, Phipps studied for a Masters in International Business. He is also an ambassador for the Royal Flying Doctors’ Service and, in 2016, was awarded the Men’s Health Celebrity Man of the Year Award, as voted by fans.

The 2019/20 season saw him sign a deal with London Irish. Following 39 appearances for the Exiles, the Australian scrumhalf put pen to paper on a contract extension with the club.